This data field provides a 3D breadcrumb representation of your trail along with a compass. </p><p></p><p>The default settings for this data field shows a breadcrumb trail with elevation data. The trail will orientate itself based on the direction of travel. In addition to the breadcrumb trail a compass is also shown. Using the combination of these allows you to orientation yourself and show you your position in relation to the path travelled.</p> 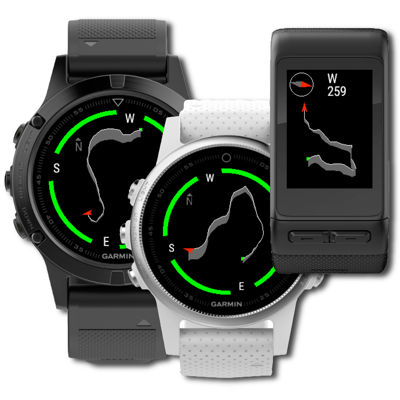 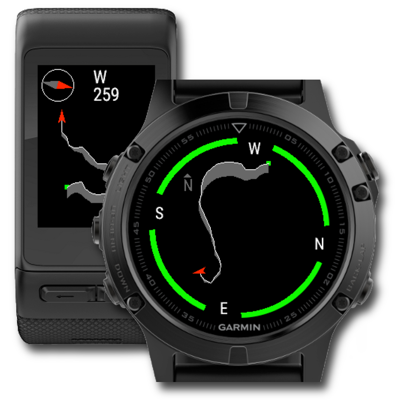 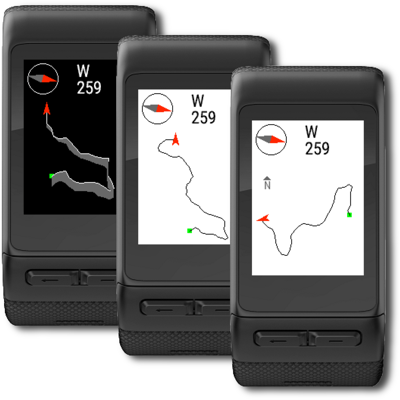 Looks awesome, but would only be useful to me if it also projects a loaded route forward, rather than only tracking what has been.

Thanks for sharing, love this datafield.

This is a good app, there aren't many straight up bread crump trail apps and this one does it well with the elevation aspect too. Great if your forging your own trail.

It looks very nice. If there was an option to show this data field when i watch my saved trainings.

Does not work on fenix 5!anyone know how to fix it? It just shows the. Compass

This has now been fixed. It was due to the new firmware and the requirement to request permission to obtain the current location. This is required to draw the trail.

Doesnt work on Fenix 5x. Only the compass shows up. Any idea?

Trail doesn't work on Forerunner 935. Just empty screen inside of compass. What a shame.

Does not show up on my vivioactiv 3.

Seems to work well. I wish I could save the activity and bring up the breadcrumb trail later though. Also is there any purpose behind the 3D effect? I find it makes seeing the trail a little difficult and it doesn't seem to add any useful info.

Hi, is it possible to add some grid scale?

Awesome app. In practical terms, it shows you where you are, relative to where you have been, including height. Also very handy for objectively reviewing climbs. More importantly though, it looks cool. I just wish the data was available in the connect app for review afterwards. Colour coding for speed might be a cool enhancement idea. And maybe an app to review ride/run data retrospectively.

Awesome data field, I just wish you could remove the compass from around the outside

how to use it with bike ?

Wonderful, it works flawlessly on my VAHR, I use 2D view instead 3D and North up. Could you also add km scale, like in your "hike" app?