This watchface displays up to 4 different 4-hr graphs - HeartRate,Temperature(Internal sensor and may be impacted by body heat!), Elevations, and Air Pressure (Barometer).</p><p></p><p>It will also rotate other data (up to seven items) including data now available such as floors and weekly Intensity minutes.</p><p></p><p>The graphs to be shown, the other items to rotate, as well as colors can all be configured with settings from GCM or GE.</p> 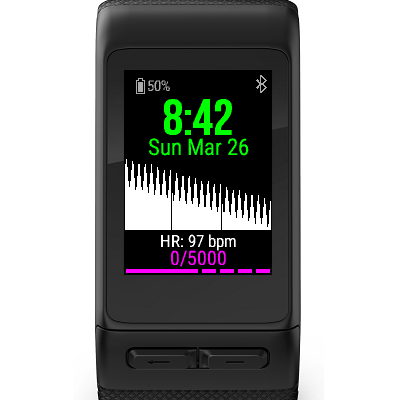 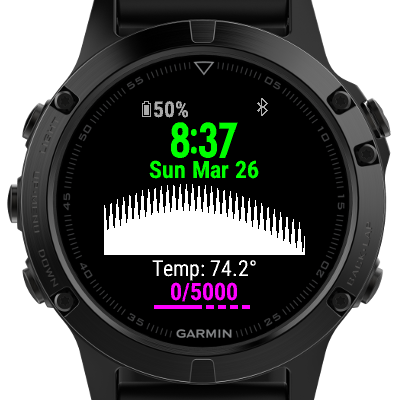 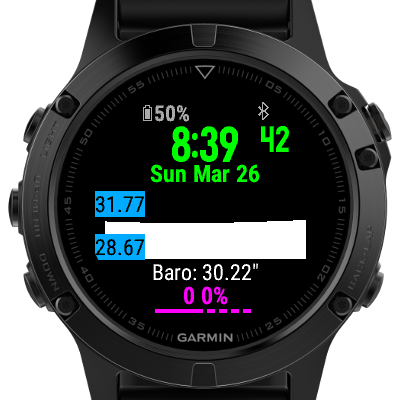 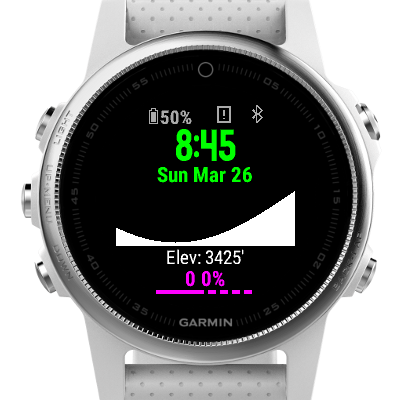 Please use contact developer and mention the watch you are using and it's current firmware.

That is a bug in the vivoactive hr's firmware, where the presure data isn't available. It will work when the bug is fixed in the firmware

Great watchface. Would it be possible to add a maximum and a minimum value to the heartbeat chart? Some bigger letters to read it well. Thanks a lot :-)

After a few time the the watch flickers, the garmin Logo appears and then the watchface goes back to defaults. Fenix 5X FW 4.10

Thanks for your work. Can you show a 24 or 48h graph for the barometer readings on the Vivoactive Hr? As it is is a little useless for predicting the weather since it shows only a couple of hours.

Thank you very much for porting this for the 5X! Just what I was looking for! One thing seems odd - the most recent data in the graph is on the left, so for example, it looks like the barometer trend is in reverse? Is that something I can configure myself? Thank you for a great watch face!

the problem was actually that under the graph, I was showing the oldest reading instead of the newest, and it's fixed in 0.12.1!

So far so good but I'd really like this watch face to match the units of the device (it shows Fahrenheit instead of Celsius), or at least have the option to manually change it

Great combo of data! This might be my favorite watch face (tied with two of your other Simple watch faces)! I wish I could graph my steps, instead of my HR, or have no graph at all. I really like the font sizes and data placements on this one.

This is a great watch face. Has all the data I have been trying to find. One request: is it possible to make the screens rotate on demand - perhaps with a finger swipe?

watchfaces can't accept any kind of user input (swipes, buttons etc), so this can't be done with this watchface.

Very nice multi graph watch face and you can set it to all four or just one graph. Great work Jim!