A repeating timer widget, e.g. for interval exercises or stretching. ONLY FOR SHORT INTERVAL TIMES!</p><p>For Vivoactive and Venu models only very short intervals, as these devices return to the watch screen after 30 seconds already.</p><p></p><p>As this is a widget, it is very quick to access, but can only work for intervals shorter than one or two minutes, depending on the device type: a widget returns to the watch screen after this short period if you don't interact with it, so you have to press Start/Stop every now and then.</p> 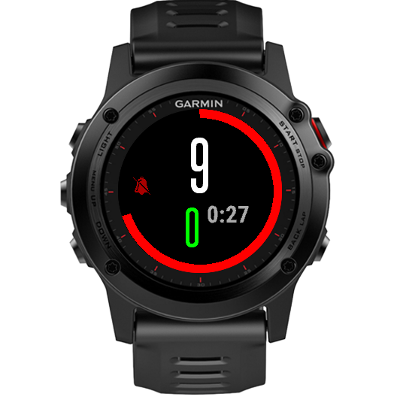 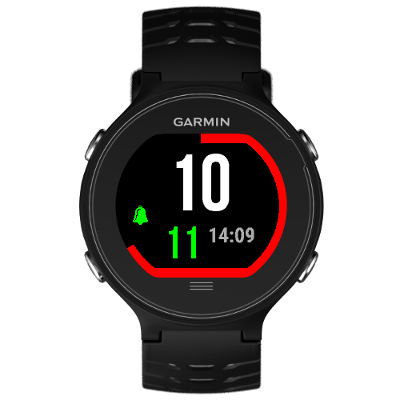 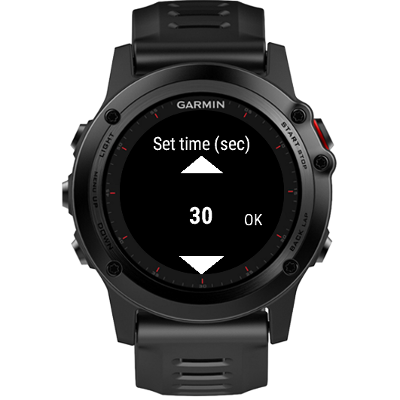 This timer only goes as high as 100 seconds, need a 2 minute timer.

As explained in the description.

This widget only has a 30 second timer, and I’m not sure how to change that setting. The 30 second timer is useful for me but I would also like to be able to make it a 15 minute timer also. Otherwise it is a good widget.

You can change the time using the menu button, but only up to one minute. A widget always returns to the watch screen after 1 or 2 minutes, so for a 15 minute times you would need an app.

quick and dirty ... or just simple. Very helpful for my daily stretching

Great app when it works. Keeps crashing only after a couple of minutes.

Massively frustrated with this. Set it to time 60 sec intervals for a 15min workout i was doing and it just quit after a couple of minutes....totally pointless

I can imagine your frustration, but it helps to read the description. This is how Garmin designed widgets, if you need longer times, you should use an app instead. This widget is intended to be quickly accessible for short intervals.

Simply awesome, exactly what I was searching for, keep up the good work.

Exactly what I was looking for stretching and very easy to use...

Can we make our own interval time 1min walk and 30s speed run?

App will not allow a time of more than 120 seconds. I was looking for something in the range of 10 minutes or longer, mainly as a reminder for me to eat and drink on long runs. Otherwise it does what it says it will do.

This is a widget, not an app. A widget can only run for a very limited time, so that's why a time of more than 120 seconds is not useful for this. If you want a reminder while running, try setting up an interval workout, see the manual of your device. For a Fenix3, it is described here: http://www8.garmin.com/manuals/webhelp/fenix3/EN-US/GUID-6EC17A6A-ECF6-4620-AE7D-9BCD0114ED1C.html

It won't let me change the interval on my fenix 5x.

The timer is fine but when I try to change interval on my FR735xt it says iq?

Great widget - but suddenly no longer works on 735XT ;(

Installed on 230. I have beep enabled. Starts beeping with 5sec remaining. However it does not vibrate when time is up. Sometimes time ends with 2sec remaining. Good widget when timing rest or workout time interval.

Great app! One question: is it possible to adjust the time that the watch switches from a widget to the clock? My 235 returns after one minute..

Thanks for the feedback! Unfortunately, you cannot adjust the time that the watch switches back to clock.

Installed in Forerunner 235. Can't start it and can't uninstall it.

Sounds like you were expecting an app. This is a widget, you don't have to start it, you just open it using the up-down buttons from the watch screen. Other possibility: it may have been installed using your phone, but has not synchronised with the watch yet. If you provide more details, perhaps I can help. You can use the "Contact developer" button above.

A widget won't last more than 2 minutes, but a app could right? Would you make a app version of this timer? I will definitely download it, life not just for 2 minutes, there's more we can do, let us have more possibilities. Thank you.

Yes, there will be an app. Currently, quite busy with another app, so a bit more patience...

I can´t find the way to set the time. My device is forerunner 735XT. Please help me

You can set the time using the settings in Garmin Connect Mobile or Garmin Exress. or use the menu button. On the 735XT, that is keeping the Up-button pressed. Note that developers do not receive a notification when a review is posted, so if you expect a response, please me using on the contact options on this page.