Display your tyre pressure with the Quarq TyreWiz 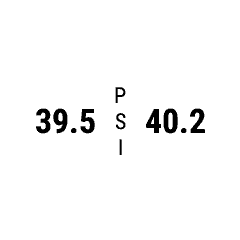 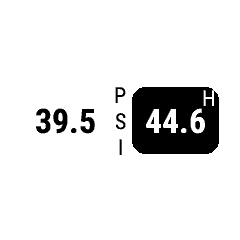 Will not pair with my edge 830. Landed thru garmin phone app. Edge doesn't recognize. Waist of time. Hope there is a fix. Then will look at changing comment.

Thanks for the update to Fenix 6!

Thank you for this App. For me as Austrian a unit choice for bar or PSI and a smaller datafield on the 1030 would be great. Happy Easter to all Erik

Can’t get this to work with Garmin 830

I have experienced no pairing issues with my Garmin Edge 820. My only issue with his field is that when I display it on a small field (I use 10 fields per page so each field is pretty tiny) it does not show up properly. One number shows up on top of the other.

Finally after the 9.1 GPS update the app works great on edge 1030. So it seems that all the times Garmin told me the problem was the app and they had no responsibility for the problems, they were wrong.

Time for a S/W update, no? this is not reliable on the Garmin 1030 as others have noted.

Works well for me. Garmin 830. Thanks

I downgrade my rating again. After working with my Garmin Edge 530 for few rides, it stopped working again, and I can't get it to work. If someone know how to fix it, I'd really appreciate it. TyreWiz works flawlessly on my iPhone, but hardly works on my Garmin Edge 530 using this data field. Again, I wish the TyreWiz was a normal ANT+/BLE sensor I'd pair and connect to.

Bearly works on the Forerunner 945. Sounds like a similar issue to everyone else. I don't need another valve extender..

Not stable on my Edge 1030. Works when software/data field is loaded, but then loses the connection whenever the 1030 is powered down and back on again.

After updating an Edge 830 that had an earlier non-working version two things to report: (a) The version number remains at 1.0.1 according to Garmin Connect; (b) It is still not reporting pressure!

Just doesn't work. Garmin please add an option to view the Tyrewiz as a sensor! I have a $200 valve extender.

It did work reasonably well for a few months but no longer works at all. It stopped working prior to the update to version 8.

The data field as such does what it should. If it works. After the firmware update to firmware 8.00 on my Edge 1030, the data field either stalls with a connect IQ error or doesn‘t connect at all. Changes in the order of waking up the sensors and the Edge itself, as someone suggested, do not seem to work for me. @Quarq: Selling a product like TyreWiz for such an amount of money and then not giving it the attention it deserves on the software side is poor and devalues the product! @Garmin: Please add native support for TyreWiz for your devices. Once the data field is functional again, and while you’re at it, these changes/additions would be great: (1) Accoustic warning when pressure drops below threshold. (2) Only one decimal place if data field is set to bar. Currently with three decimal places, the constant mid-ride changes in the last two decimal places distract too much ;-) Thank you for listening!

Will NOT connect to my Edge 830. What a waste. Also tried on edge 1030 with no luck. So, I can only see on my iPhone in the app. What a major disappointment.

What a horrible app (data field). It never worked for me. I'd set it up using Garmin Express (which shows version 1.0.1 not 1.0.5 btw), and it seems to work after starting my Edge 530 (firmware 4.10), but when I switch the Garmin off, it stops working again. I'd have to set-it up using Garmin Express again, then it would stop working again. I tried deleting the Data Field and re-adding it, hoping it would upgrade (?) to version 1.0.5, but it doesn't. UPDATE: After my last attempt fiddling with Garmin Express, it worked during a ride for the first time ever. I just hope it continues to work. I just wish TyreWiz was a standard ANT+ or BLE sensor that you can pair directly with your Garmin - there should be no need for a special Data Field.

I am a TyreWiz user. It is very satisfying to know the tire pressure in real time. Cycle head unit uses EDGE830. When using TyreWiz alone, the IQ Field works as expected. However, when using the IQ data field of another device (Humon Hex Muscle oxyzen monitor), an error occurs in the TyreWiz IQ data field. (https://apps.garmin.com/en-US/apps/684eccc9-f47b-44ae-acf0-d705146c88d5) (https://humon.io/) There seems to be a conflict in both data fields. Do you know this problem? You should solve this problem as soon as possible.