When doing sport, you measure time, speed, distance, heart rate, cadence and more to make sure that each time your perfomance is better. So why leave your work results to chance? Manage your focus just as if it was a sport activity.</p><p></p><p>It's simple. Focus only on your task for 25mins. Get up and take a break. See how you perform and repeat!</p><p></p><p>How well are you going to perform today?</p> 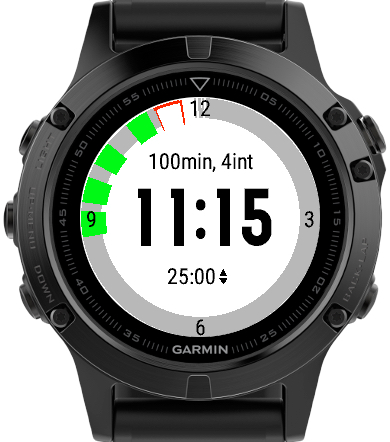 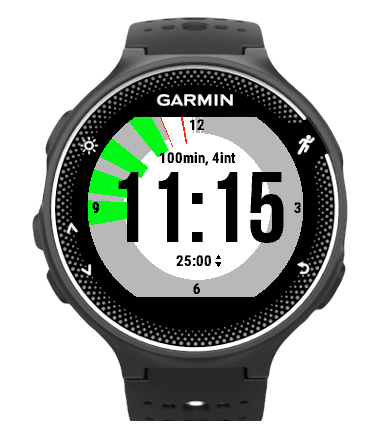 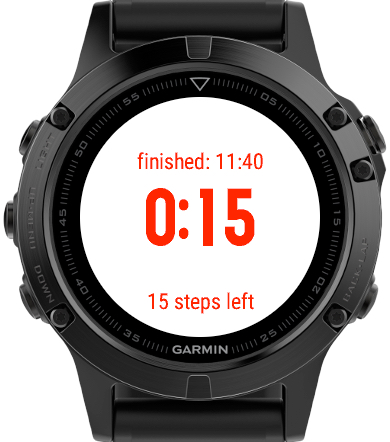 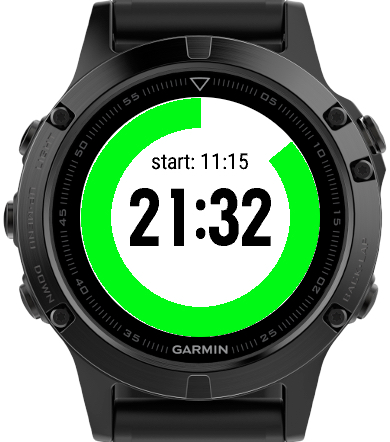 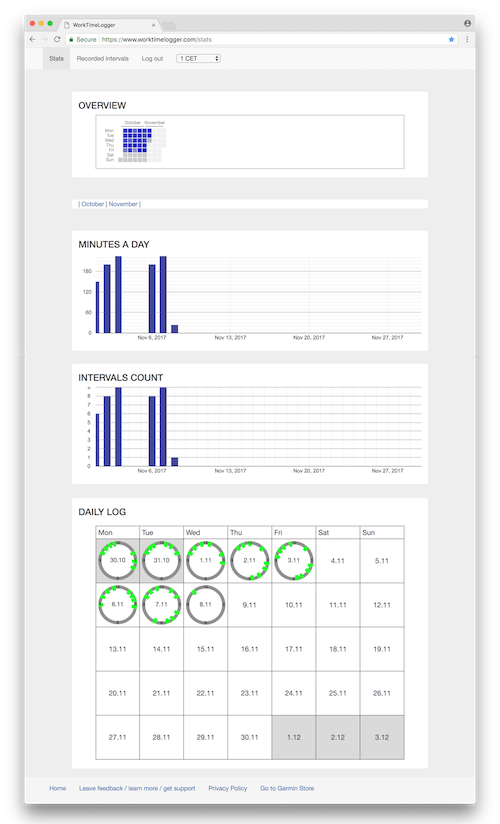 You can't pause the count. So any interruption, such as phonecall, and you have to restart. Neither you can't add time to you interval to compensate or to work a some minutes more.

Great Idea and Design. It would be better if it could display CURRENT TIME and DATE instead of the start time of the session. Additionally, why not allow us to include custom durations, or include 30 min / 60 min options. Lastly, I wasn’t able to connect to the website with the token / code provided by the app — the website did not recognize it.

Hi karamgeorge, thanks for the feedback. Regarding the token - An update of the Garmin Connect phone app caused an issue that broke the sync feature. This is now fixed - please update your watch app to the latest version (1.0.4), make sure your watch is paired to the phone via bluetooth and that your phone has an internet connection. Open the watch app up and let it sit on the main screen for a minute or two. This should allow it to sync and after that you should be able to sign up using your token. Regarding the design - the idea behind the interval screen is that you should focus on the interval instead of checking the time. Interval lengths are fixed for simplicity. I know they will not fit everyone's needs, but on the other hand adding too many features increases the complexity of the UI.

Awesome app. I use it as a pomodoro timer when studying. Allows up to 45min intervals and logs everything to the WorkTimeLogger website, so you can track your progress. It can remind you to take a break with a vibration or a beep, or both.

Great app, by far my favourite one on my Fenix 3! Great and easy to use, visually seeing what stretches I finished pomodoros during the day is also a great extra motivator.

When a session is over the alert "take a walk" goes on even if I'm doing stretching or pull-ups. Is it possible to disable this alert and just alert when the break is finished?

Hi Claudio, thank you for noting this. Currently if you press the back button and then from the menu choose "Cheat steps", the alarm will go away. There is no way of disabling it permanently at this time. It may be included in the next release, stay tuned!

Just love this app. Best user experience compared to other pomodoro timers in pc, mobile, garmin apps, etc. Feature request: silent mode of the application. With just vibration and no sounds. A must have when working in open space. Anyway: best app ever! Thanks man!

Thank you, reading such reviews makes it worth the effort! Guess what - sound and vibration settings have just been released.

Great app, love it. By far my favorite app on my fenix 3. The ability to use vibrations instead of beeps to draw attention would make it even better though. I am often in quiet rooms and the notes become annoying after a while.

Thank you, I'm glad you find it useful! I just released sound and vibration settings with version 1.0.3, hope it solves the problem.

Very nice and useful app but please add a sound option for vibration only, the tone when start is disturbing when working in an openspace environment

Thank you for the suggestion - sound and vibration settings have now been added - let me know if they're what you've been missing!

Awesome app! Much more better than simple pomodoro app. You can configure intervals, sync and see stats in cloud.

Liking this so far. But missing not seeing actual time of day.

Thanks for the feedback. Actually that's by design - I wanted to focus on work during the interval as much as possible. But if you were to add current time on the timer screen, where would you put it?

Really usefull app! But is will be more great when you can set how many steps you have to walk in a break.

Thanks for the feedback, I'm happy you like it! Does that mean that the app won't get out of the break screen for you? I've noticed this happening from time to time and thought of having more triggers to finish the break (like either number of steps or increased heart rate or more frequent movements) - do you think that would help?

Hey, thanks for leaving feedback. I'm still working to make the main functionality as efficient as possible. I'm considering implementing appearance settings at a later stage.

One of the best apps in this store:)