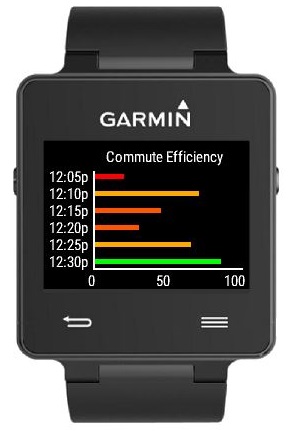 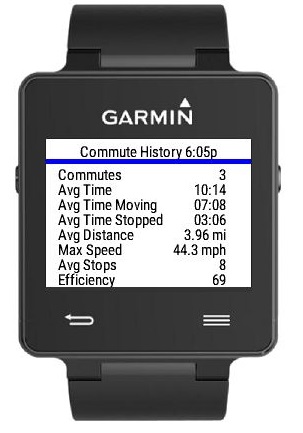 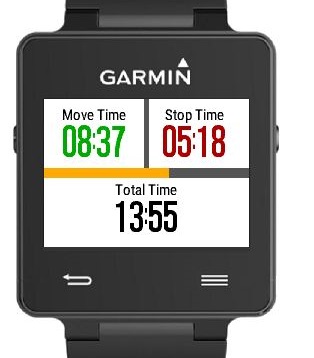 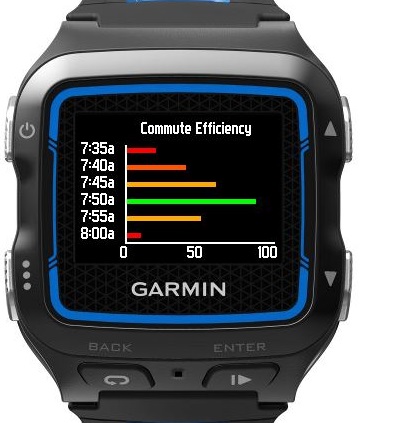 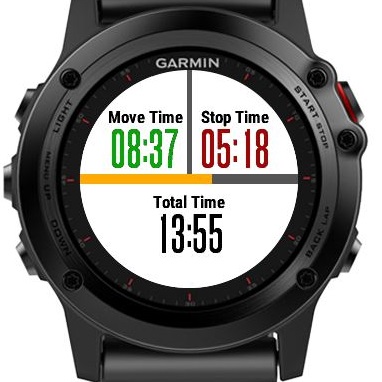 Indeed. Delete option MUST be provided.

The app does not save information on a VivoActive. If this bug is fixed, I will redownload.

I own a Vivoactive. The app works recording all the relevant details. However it won't save any details of the trips and doesn't share any details with the app on my iPhone. The idea of this little program is great but doesn't live up to expectations.

Very nice app - is there any way to peek at the current time of day?

I love using this app! It's great for 'data-minded' folks. I'd be interested in seeing a graph of commute time as well as being able to see a graph of commute efficiency. Sometimes my commutes are much longer than others, not because I'm stopped, but because traffic is moving slower. These slower-moving times actually make my efficiency higher because the moving duration is longer.

Fantastic app but please add the delete function! I accedently forgot to stop a trip, and it ended up with a hours long one! It ruined the entire statistics, but I can't delete it! Please!

Good little app. Works fine on 920XT. Would be good to add average speed and average moving speed as additional stats at the end.

I have been using it for a few weeks and I really like it. I does have that delay that was mentioned by someone else, but other than that, it is accurate. I don't have any problems using it on my Vivoactive. My software is at 3.20. I do have GLONASS on.

It doesn't work on my new Epix.

Love it but I can't save it or dismiss it on my Vivoactive. I have to turn watch off to get out of app. Fix that and this will be perfect!

What a neat and useful application. The GPS tracking is fairly accurate. There is about a 5 second delay when you either stop or start moving again. Otherwise, its simple to use and gives you an easily understandable breakdown of how much time you spend stopped (either at lights or in traffic) during your commute.