Bring the beauty of the solar system to your watch with the Celestial Clock watch face!</p><p>~~~~~~~~~~~~</p><p>Overview:</p><p>The Celestial Clock provides a unique way of displaying the time using the relative positions of the earth, moon, and sun. In addition, the time will show in digital form when glancing at the watch. (The digital time supports both 12 and 24 hour formats, and it can be configured to show all the time, on a glance, or never.)</p> 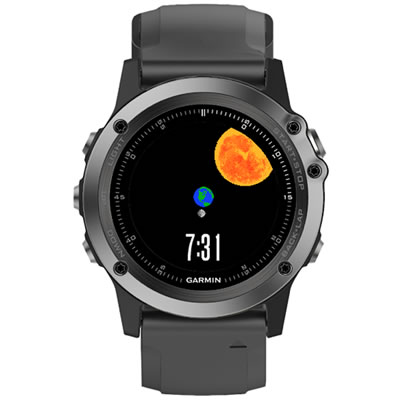 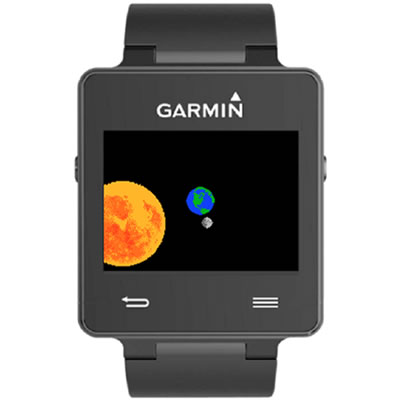 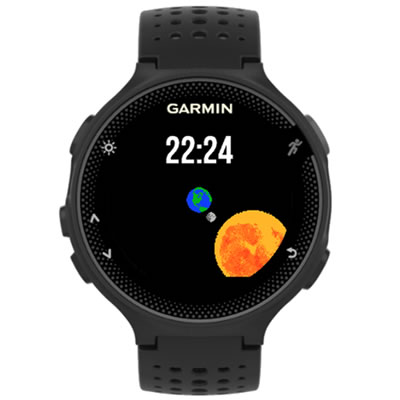 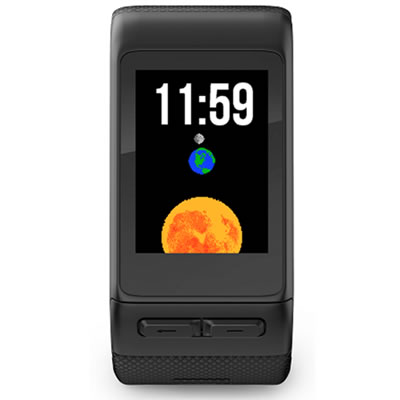 Any chance to add the day and date on the screen?

A great app, it’s a superb sun dial on the wrist, once used to how to read it, you realise how accurate it is. It’s a different way of wearing a watch to display time, I recommend this one.

Works great the battery lasts for as long as 2 weeks

Can't uninstall nor change to another template... I'm afraid I'll have to fabric reset my watch. Other than that, nice graphics, but completely useless. You can tell the time, but nothing else. And somehow they've put it so that it seems the sun rotates around the earth and not the other way around. That doesn't really make sense whatsoever.

Beautiful graphics, and I like how the digital time appears 'on glance' (when you turn your wrist to look at it). But I found the rules counter-intuitive (earth at center always, but hour is read by drawing line from sun towards earth? I would have done it the other way around). Others have reported that you can't uninstall this watch face, and I found that I wouldn't do it either from the usual place. *But* if you follow the 'Manage Storage' link at the bottom of the "Connect IQ" page on the app, then long-press this watch-face's name, and select 'UNINSTALL' from the top of the page, it will uninstall (at least on my vivoactive).

It's ok but for some reason I only see the sun, moon and earth. No digital time showing and can't figure out how to make it appear.

Hi Harrch511, I'm sorry to hear you are having trouble with the clock. It actually does default to appearing periodically. When the watch detects that you have lifted your wrist to presumably look at the time, it triggers the digital clock to appear for a few seconds. If there is inconsistency with this action, please contact Garmin, because this is in their code, not mine. If you would like to disable the digital clock or permanently show the digital clock, you can change that preference in the app settings. I have instructions on how to do this in the app description. cmmatzat

unable to uninstall it!

Unable to uninstall... why?

Thank you! So pretty.

Everyone else is just curious..:-)

i just love it! original, beautiful not unpractical.