WARNING: The app is intended only as an in-flight aid and should not be used as a primary information source. If the app contains a barometric altimeter, it will not function in a pressurized aircraft and should not be used in a pressurized aircraft.</p><p></p><p>2019 CIQ Developer of the Year!</p><p>Click the "More" link to expand this description page.</p><p></p><p>Flight Fields is replaced by the 'Flight Application'</p> 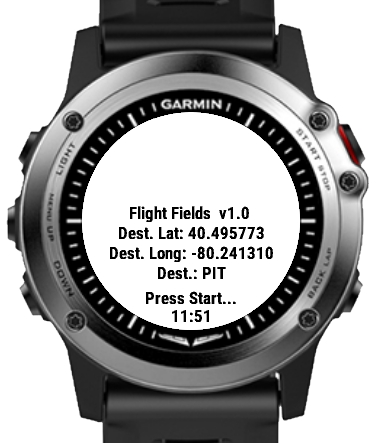 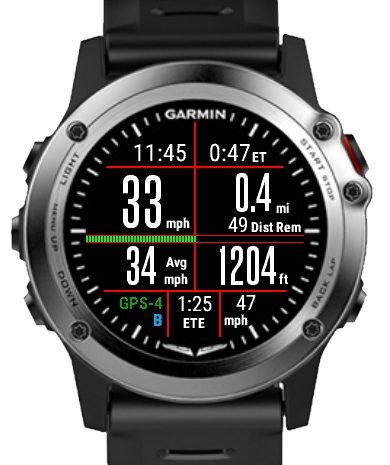 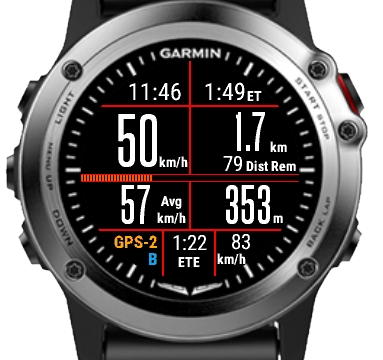 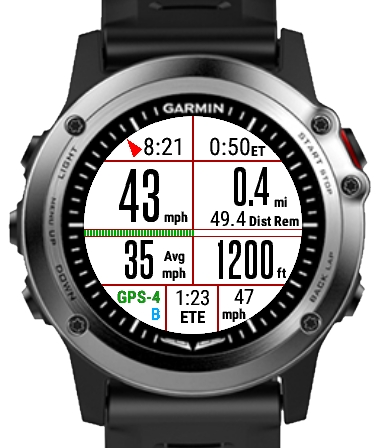 Good app but would only work on very small aircraft as GPS stops working at a certain speed/altitude. (Not the developers fault, the speed limit is for all civilian GPS). Nice design and concept.

Thanks for reviewing, the GPS will work if the watch is near a window/glass. I verified on commercial jets. Max speed recored is 556. Note: In a pressurized cabin the Datafield 'Altitude' will not work properly. However, my Flying App will show GPS altitude.

Great App, although on civil aircraft it only works limited, I presume due to limited satelite signal. Remaining distance and ETA are not shown. Anyone have the same experience?

Thanks fro reviewing, the GPS will work if the watch is near a window/glass. I verified on commercial jets. Max speed recored is 556.

I try many application of this developer. they are done nicely. thankyou

Thanks for the review! This data field has been replaced by my full function Filght App.

Works great, would be nice to have multiple waypoints. Currently use it for powered paragliding.

Thanks for the review, I created a full app called “Flight” with mulitble waypoints.based off of this datafield

Hey I downloaded the widget, after synchronization I can not find it on my watch, I use fenix 5

it is a data field and needs to be added to a Built-in App.

Great Idea, however that data is not available through the Garmin SDK. Thanks for the review.

Waiting for connect mobile fixed which causing it crash.

I couldnt find where to insert the way point of destination.

configurable through your phone or garmin express.

Great data field. Thank you. One issue. Everytime I change something in configuration from connect mobile ( android) got the "Q!". Even the waypoint name. Sure I input the coordinates in correct format. Most probably this is relatedto my configuration. Any advice or previous experience, I am on latest possible verions of everything. 10X

Sorry not sure why this data field does not work with android Garmin Connect. Until Garmin fixes the android app use Garmin express or get an iPhone.

It's a good start ! Need to be optimised for Fenix 3 screen ! For others, you can create a new app, copy Hiking profile, disable all DataScreen, keep the first one and configure screen1 with 2 fields layout :-)

I have been waiting for someone to make a pilot app. Thank you! How do I use it with my Fenix 3? What app is it compatible with?