Ozmo-Track and achieve your daily hydration

What is Ozmo? </p><p>Ozmo is a complete system designed to help you achieve a greater level of wellness.</p><p></p><p>With ability to measure and record both your water and coffee consumption, the smart bottle and companion app track your progress throughout the day to help you reach your hydration goals. </p><p></p><p>So you’ll know whether that 4pm latte is a good idea, or how much you should drink after that 5-mile bike ride.</p> 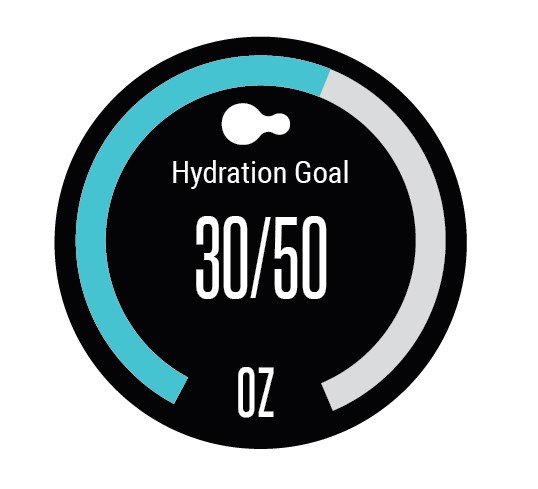 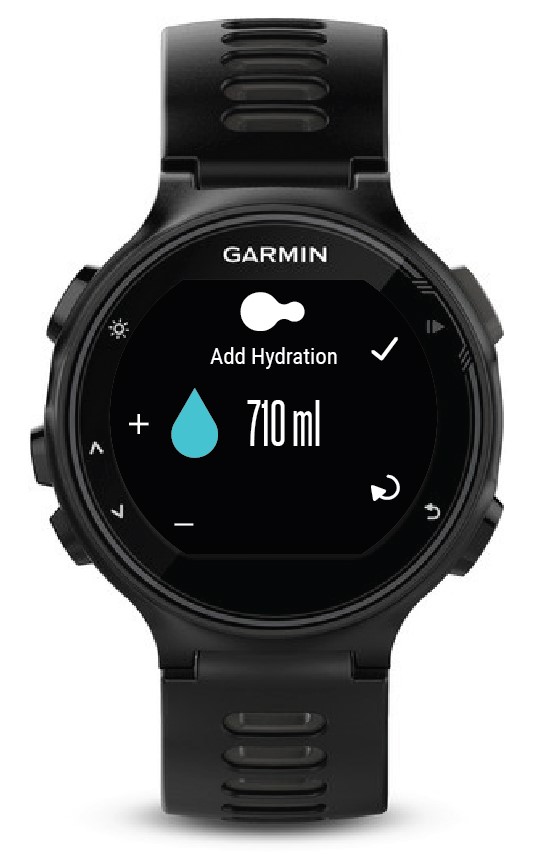 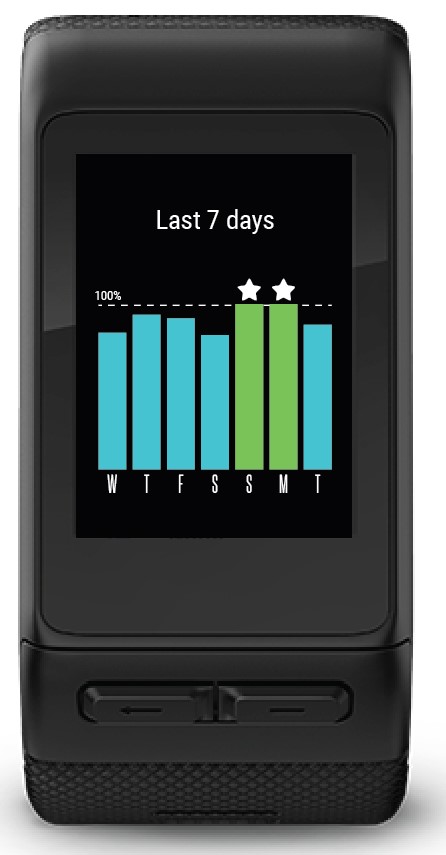 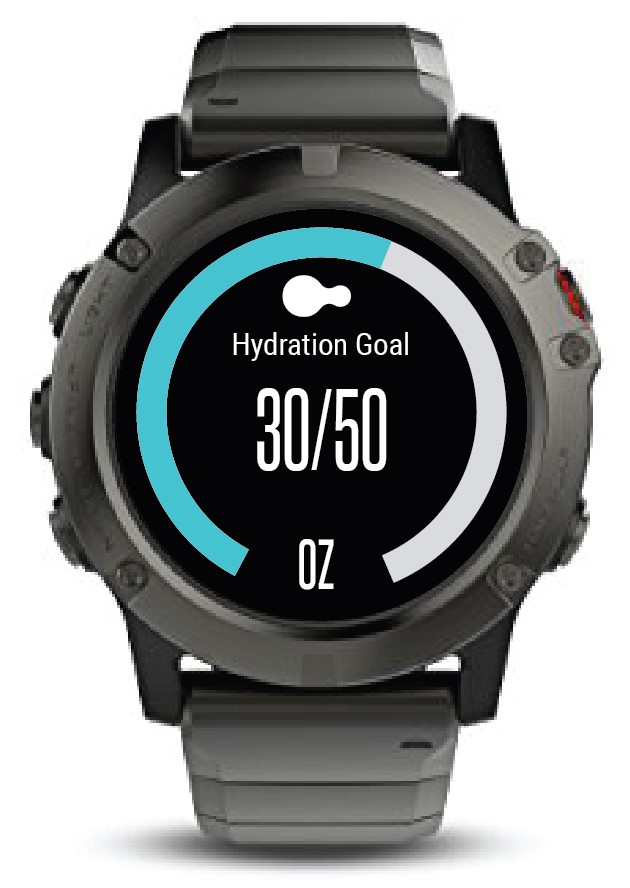 I downloaded ozmo app, I filled data and error received once connecting it to connect garmin app. So this widget will never work I will just remove it. Bad app

I will be writing a full review of the Ozmo app and widget connectivity in the Garmin forum when they are back online after May 16th. This just a quick summary of my experience and opinion, I have been reviewing smart bottles for 6 weeks when finally 2 weeks ago I focused in on the Ozmo solution. The biggest benefit to me was the Garmin integration with the Ozmo app, I use Garmin hardware exclusively for all my activity recording from watches to cycling computer and weigh scale. Adding a smart bottle that could interact with Garmin made sense. Before buying I decided to try both the iPhone app and Garmin widget on my Fenix 5, download and installation was easy. Setting up the user profile and connecting the app to my Garmin account was easy, I double checked the permissions in Garmin to make sure the app had access to my data in Garmin and yes it did. Findings to date, no matter what I do, how I sync or how many activities I record in Garmin Connect the Ozmo app does not show any activity recorded or history. The Ozmo app shows no (zero) activities for the last week even though I have worked out every day of the week as usual. The biggest attraction for me with this smart bottle and app was the customized goal setting based on my activity level which does not appear to work at all. At this point instead of giving up I decide to contact Ozmo support I sent a detail report of my issue and provided all the details requested in the automatic email response I received. It has now been 5 days and I have received no response for the support desk. I don't have do negative opinions or reviews on products just reality and I generally try to exhaust all options when it comes to figuring out all things tech. However in this case with an app that won’t can’t integrate and customize my hydration using my Garmin data, which is what was advertised and tech support with no feedback, I am not convinced I will buy their product. These are just my experiences and opinions, Thanks

Too many bugs with android

The Android app is unusable: cannot sign up, crashes all the time and makes my Android 9 so laggy that I have to restart the phone.And without the App this widget is unusable as well

I lboughr the bottle and found it really useful. However, it doesn’t sync with GC anymore. I wish this would be fixed, now the expensive bottle is utterly useless.

A bad widget, messed up my vivoactive3

Nice idea, strange implementation. I like the idea of recording water consumption. And this app works for it, nice!.. However, in my own style I drink a glass of water everytime I go to kitchen. This almost means I need to refill the smart bottle after every two times. Not for me!.. App and syncronisation behave strange. After my activities it gives a notification saying I finished my activity and when I click on it it launches Ozmo. However, it doesn't tell how much water I should drink more. Anyway, I think it adds 1ml for 1 cal burned. :D

Great app I think but not good working on Vivo Active 3. App/widget shows in the watch and gives the memo: synchronize this app with your connect garmin mobile. This is not possible, because it is not shown here. I hope they fix this soon.

Is there a way to pull this up on connect IQ to see data patterns? I have vivoactive 3. Love you

Working well so far - Unlike other reviewers, I can add additional water from the watch and see it sync on the app. I am using the Android version of the app, perhaps that is a factor.

Doesn't work on Vivoactive 3. Biggest issue: can't add water. When you press the button, it takes you back to the home screen. Obviously, this renders the widget completely useless. Other improvements: Ability to customize screen order -- I would like to get into the 'add hydration' screen after the first tap. Would also be nice to be able to set the 'default' hydration value. I tend to log water on an 8oz basis, but it defaults to 16oz., so if I were able to actually add water on my vivoactive 3, I would have to swipe down 8 times, every time I want to log water. Would love this app if it actually worked.

It's nice to be able to see progress towards my hydration goal on the watch, but like the other reviewers said, I can't add hydration using the watch. Pressing the side button on my vivioactive 3 just takes me to my home watch face.

Widget is slow to load on Forerunner 235. Data won’t sync with app. App calculated my water drinking goal as less than 750 ml. Logging water intake on the watch is great but way too many bugs

Same problem others are reporting. I can't manually add water on the watch (when I press the side button, it just returns to the watch home screen and doesn't add water). I hope this will be fixed soon!

The design seems great and effective. I have the vivoactive 3, but it is not working on my watch. When I push the button it takes me back to the home menu. Once this is fixed, I think it will a good widget. Until then, it is useless. Please keep me updated on this. thanks

I think this is a great idea for a widget and I would love to use it daily to track hydration with the app on my Iphone. However - I can't seem to manually "Add Hydration " entry from my Vivoactive 3. Selecting the button as per the YouTube Video - https://www.youtube.com/watch?v=J3QWEEycWXA Does not work.... Pushing the button to save sends me back to the main Watchface. Any ideas how to fix? Thanks Henry

Unable to connect to Android.

Great thanks finally working , but the ml increments on the widget are weird - seems like they are still based on oz ?

Android app doesn't want to connect my vivoactive hr. I did what is explained in the video

In android application you can not log in. Displays: "check your network connection".