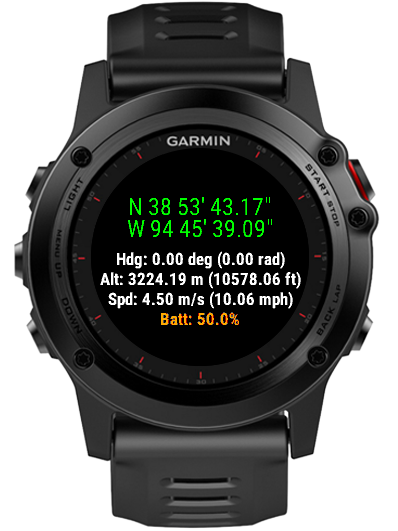 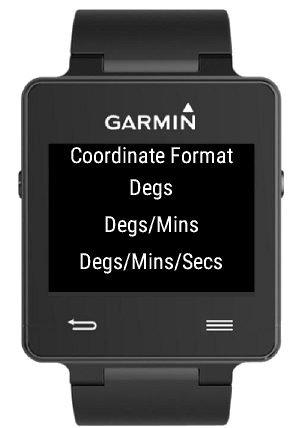 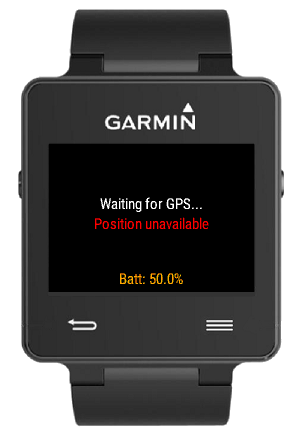 UK user here, also called Andrew. Coordinates of all formats - including OS grid reference - appear to match location with other map sources. (noting previous reviewer with same name who was struggling with it)

If you are UK DON'T install this... No matter where I have tried this. if it is set to osgb the grid ref is on average 300m INCORRECT... but as much as 500m... And the same with altitude on average it is 50m incorrect and as much as 90m..NO idea if it is ok on any other formats.which is why my warning is to UK only. I know the dev has worked hard to make this but if you like me and need reliable info at a glance this app is NOT FOR YOU.. All information it displayed was check on a paper map and compared with a Garmin Oregon 650 and 750, Also was compared with Watches own widgets etc and similar app/widgets which showed the correct information

Sorry you are having trouble. If you can send me the values of the "Degrees" mode (which come straight from the Garmin Positioning API) and the OSGB coordinates at the same physical location I can look into it. If "Degrees" looks wrong for your physical position it may be an issue with your device or GPS signal. For the altitude, that value also comes directly from the Garmin Positioning API, there are no conversions. It is using the GPS altitude (not barometric) as the app is designed to only show GPS provided information.

Works well on my forerunner! I’d wish that you could be able to see the time as well the grids. Now I have to cancel the app to see time and restart it again.

Not working on my vivoactive hr... Cannot send a route from phone to watch...

This can be a live saver if you'd need to call a search and rescue team and have no idea where you actually are!

Can't see how you save the coordinate to the watch.

Works fine on my Vivoactive.

This app is simple and effective.

Could you please compile this app for the Fenix 5x ? Thx

For the Vivoactive hr, there needs to be more to the setting withing the application. The application will not work without GPS and the only way to turn GPS on is within each application.

No wind speed showing... please help to solve it.

how to setup gps for my vivoactive hr and please give me some guide.

My gps is turned on, I waited for 20 minutes and it didn't find any signal. Also the battery level doesn't update in realtime

Fenix 3 - Seems that I cannot access other activities while using this - setting up a 'hike' for example - means I cannot get to a screen which will show the GPS while the hole activity is working. Really, I need this as a widget which will allow me to see current coordinates at a glance - single button push - and will not require me to stop another activity.

Great simple app. I'd love to get it as a widget or Datafield, so I can use it while using another app.

Great app, however is it possible to add additional feature such as to be able to change the grid reference from wgs84 to RSO west Malaysia, for different regions who use different grid references?

Thanks for the app! A nice addition would be recording multiple positions coordinates and be able to name them and be able to call them up on the watch screen.

GPS function works well. Unfortunately once this app is used watch faces return to default (must restart to get them working again). Fenix 3 HR

Very good with forerunner 230 ! No bugs... it lacks just a gauge for the GPS signal strength. Thank you !