NEW in v2.0: selectable lightmodes, show battery level, support for multiple active Varia Radar/tail lights, support for RTL510</p><p></p><p>With RadarLight widget you can control your Varia Radar backlight - switch it on or off and show the actual lightmode (on/off) during an activity. Switching the backlight off if it’s not needed increases the battery time of your Varia Radar.</p><p></p><p>ATTENTION! Varia Radar RTL 501/500 firmware v3.60 doesn't work with RadarLight - please update to firmware v3.80.</p> 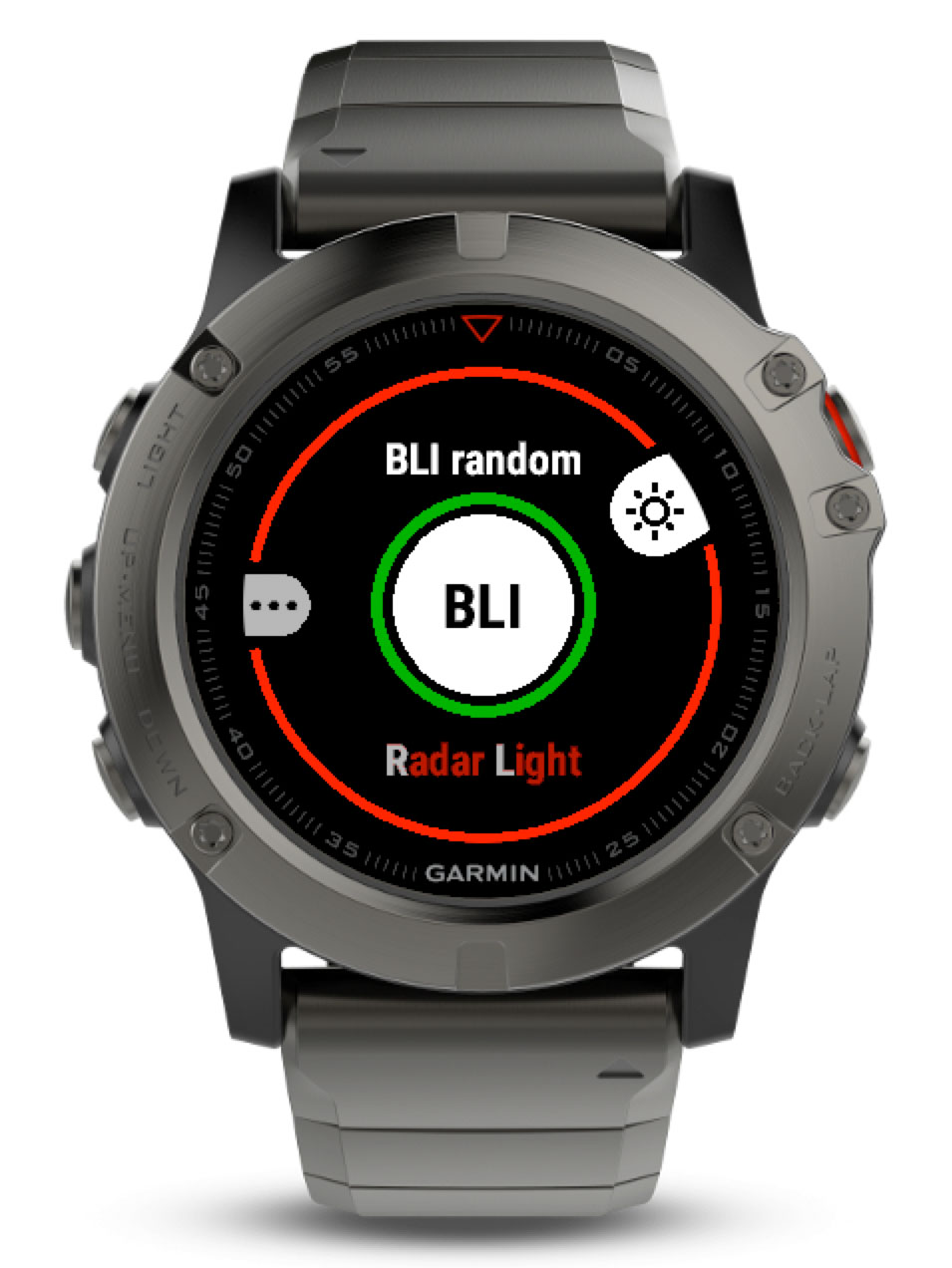 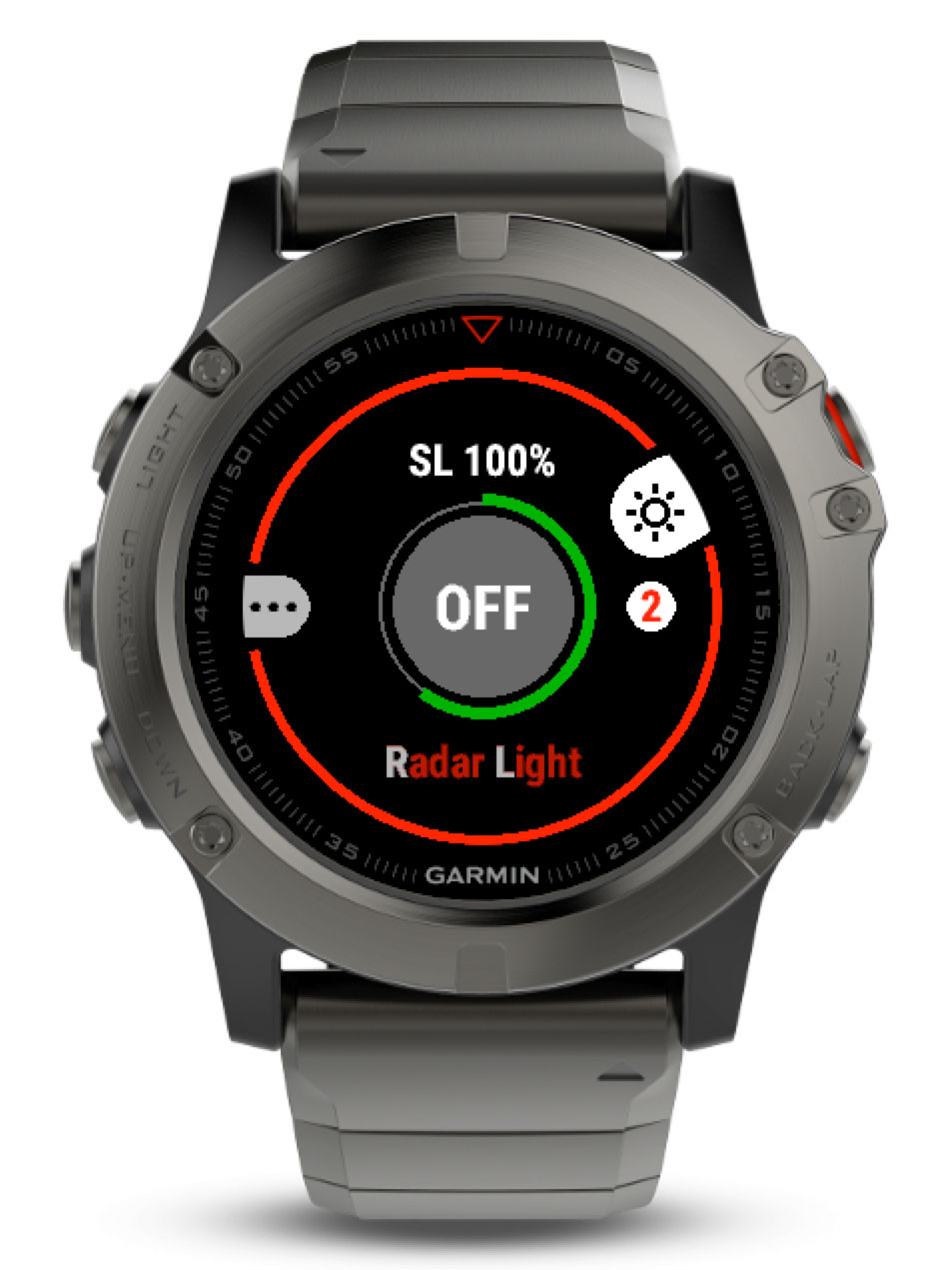 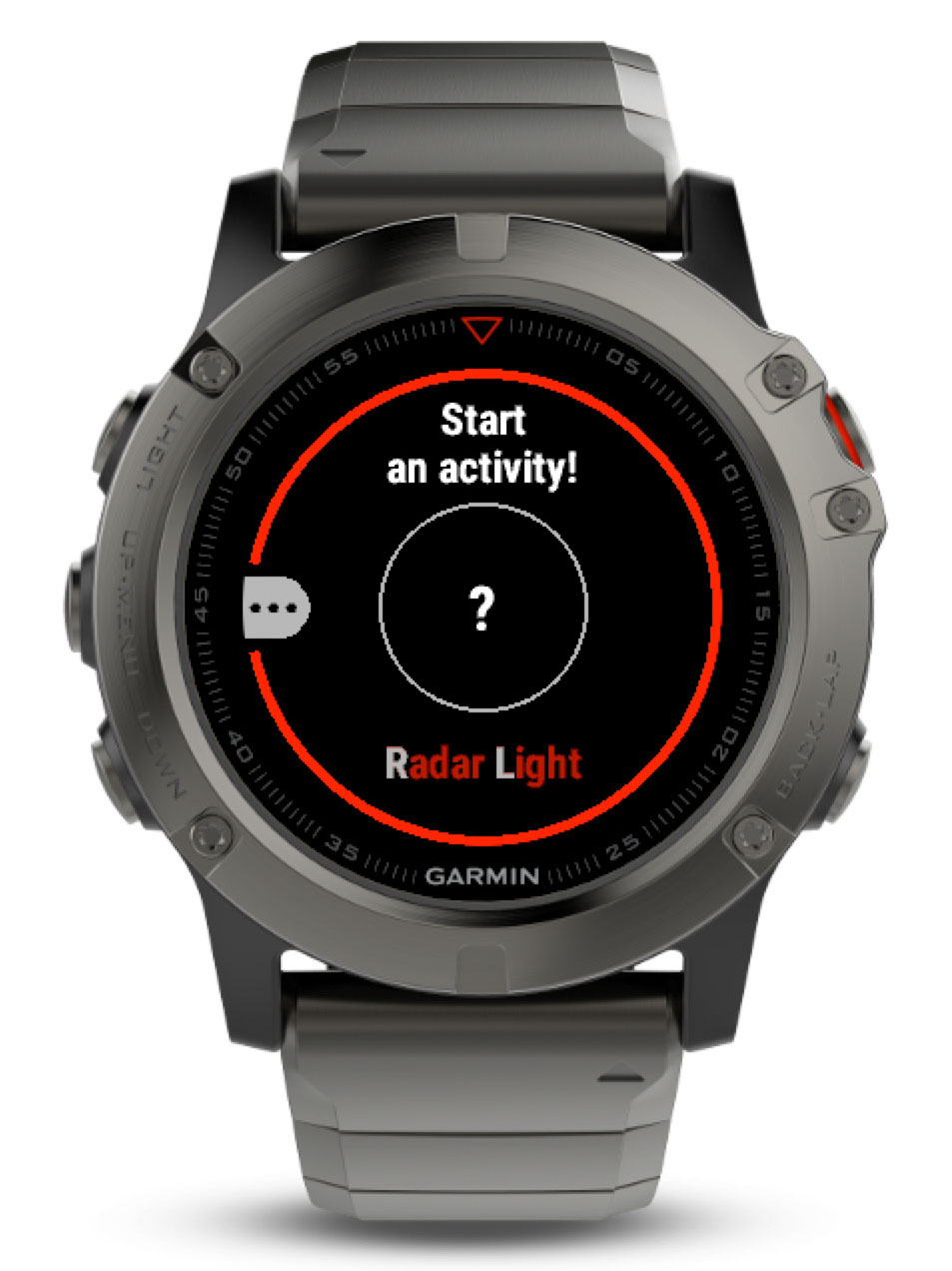 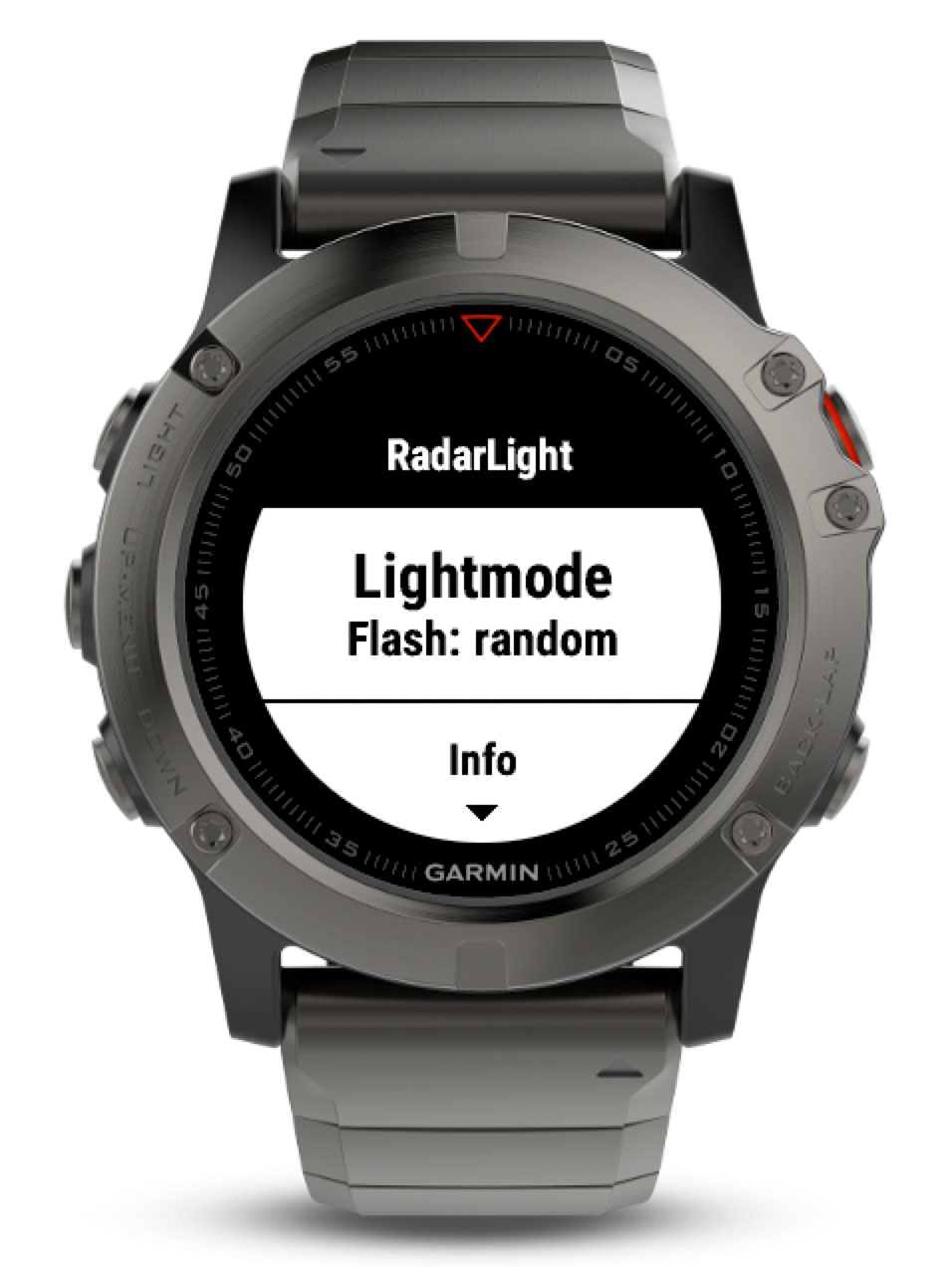 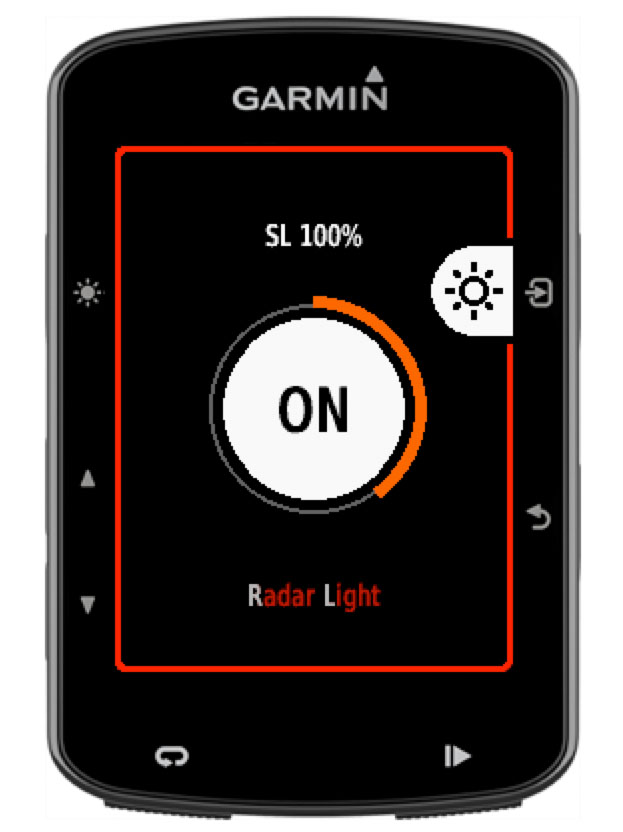 With the latest version the Fenix6X is finally supported! Really happy for this! Thank you very much for this great app!

I have a RTL515, I have installed this widget on my 935. It doesn't pick the Varia up. I have removed te Varia as a sensor, added it. Tried again. Still nothing.

please check if you have two sensors of varia radar: 1 radar sensor and 1 light sensor - you need the light sensor for RadarLight.

Took awhile, but got it working and now 5 stars!

Got it working on Edge530. I was having trouble at first. Then saw Rob's review. Removed radar on Sensors. Paired it again, purple light on RTL510, then went to Settings, found "Lights". Widget finally working

Will not work with Edge 530 and will not uninstall. Shame really, had high hope's for this widget.

Sehr gut! first i had Problems, not able to start Light Network. Then I switched off Radar in Settings, searched again for Light in Connection Mode at Radar(purpleLED)& evoila.. Perfect Widget!!!

Absolutely fantastic for the varia

How to access the wigets: While activity is running press the rigth lower key. now you see a simple watch. from here you can reach the widged like always via lower left buttons.

Works as described on Descent MK1.

Same comment as MS when the light is switched off, it would be great to have the light switching on automatically when a car is detected but rather on the high/fast flashing mode set by default by Garmin. Maximum visibility while saving the battery. Thanks.

Whilst connecting to pair my Varia RTL510 (latest update 3.50) with the Edge Explore (4.60) it only finds the radar, but no light network. I have the widget Radar Light installed and on, but it does not recognize any light network. Neither when running an activity. What's wrong?

Thank you very much for this app. It's just amazing. Would it be possible to add a feature, for when you're using it when the light is switched to off and just using the radar function. When a vehicle is detected, the light switches back on again (in the mode it was last used i.e. slow flashing light) and when the vehicle has pasted it reverts back to being off again? Thank you.

Thanks for providing this much needed functionality! It's unbelievable that Garmin refuses to provide this themselves when they claim the 935 supports the Varia RTL510.

Works great! Allows me to turn off the light on my RTL510 while keeping the radar operating thus extending battery life enormously. I can now finish my long rides with the radar still working.

version 2.0 let you select all availlable light modes of your RTL510 (if you want that). Also it shows the actual battery level of the Varia Radar.

Garmin released a new firmware at the radar of 3.70. Edge 520 can turn the light on and off. Unfortunately, it does not return to the original light mode.

with version v2.0 you can select your preferred lightmode.

no lightnetork. it certainly is connected and detects vehicles.

The Varia Radar has 2 sensors that must be connected to the fenix - the radar which detects vehicles and the backlight which build a light network. Please check if the backlight is also connected with the your fenix - maybe remove the radar from sensors and do a search for all sensors to find it again and also the light sensor (you will have 2 messages for finding new sensors).