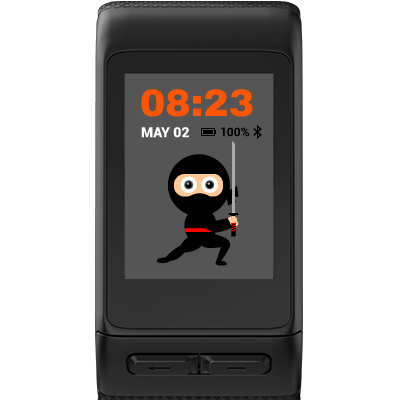 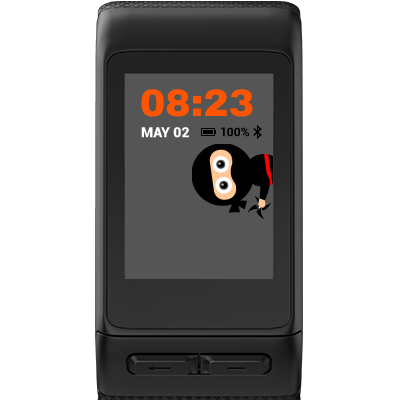 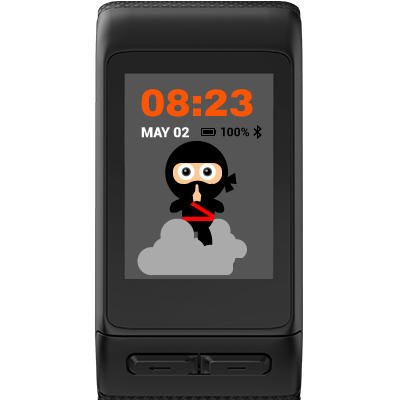 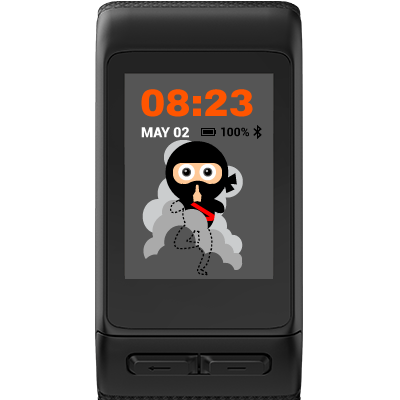 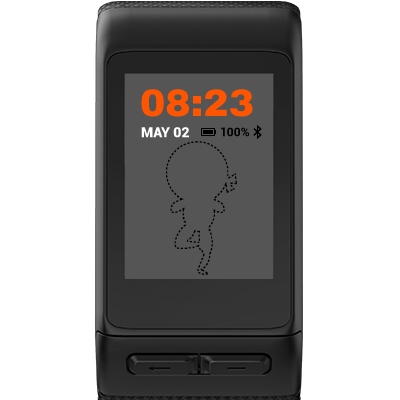 I like the design, but: unfortunately very difficult to read the time because of the bright colour!

The color of the time keeps this from being a 5 star. I love this watch face, the ninja is super cute, but not being able to tell the time when its sunny (I live in CO, it's always sunny!) is frustrating.

Great concept and lots of fun... but the orange color of the time makes it impossible to read. So basically you get a ninja, but lose the ability to tell time on your watch. Looking at the reviews, complaints about this have been made since its release 2 years ago, so clearly Garmin has no desire to update it and fix this for us. Sad, as it’d be an easy fix.

I think it's super fun. And all of the colour complaints... It's a ninja!! He's stealthy!! Lol.

Color contrast is awful. Allow user to change, or pick something with higher contrast.

The screenshot isn't really representative, as fonts actually differ, as do a couple of other bits. The biggest problem though, is that the grey and the orange don't contrast very well, so I can't read the time very easily at all, even in great light. Let us choose the colours (black bg would be great, with a grey ninja on it and white time)

Could use some work but all in all pretty good, it would be nice if other color options were available for clock & back ground.... The little guy kept my 3yr old nephew occupied for a bit.. Watching him move around....

Very cute, but unable to read the time due to the colour of the text. Would give top marks if the time colour could be read.

Would be top marks if you could read the time.

Cute, but near impossible to read the time.