RunningPro club's analog watch face with the additional information like battery status, your weight, current altitude, burned calories, steps, week day plus date and also the current Moon phase and Sunrise/Sunset shown by nice graphics. (http://www.runningproshoes.com/)</p><p></p><p>If you like what I'm doing, You can donate my development via PayPal here: https://goo.gl/qlDi0N 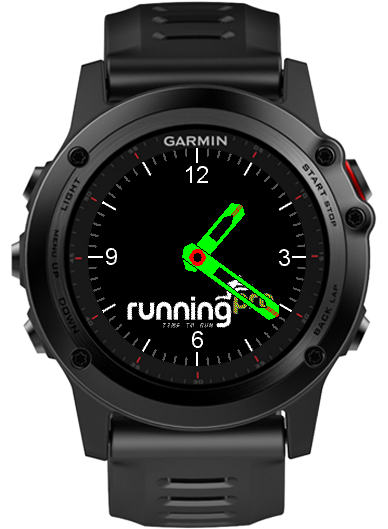 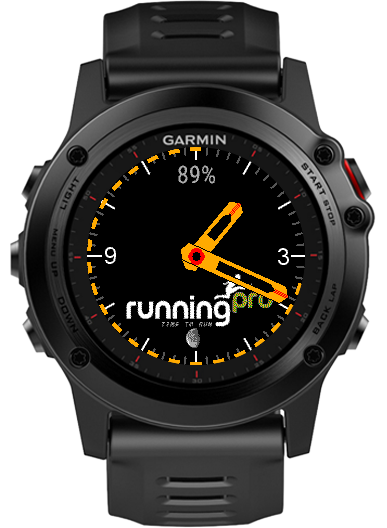 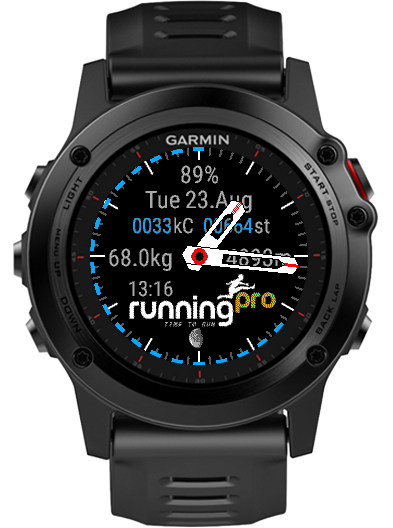 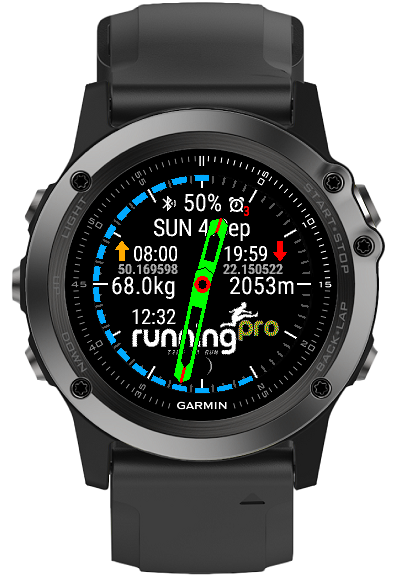 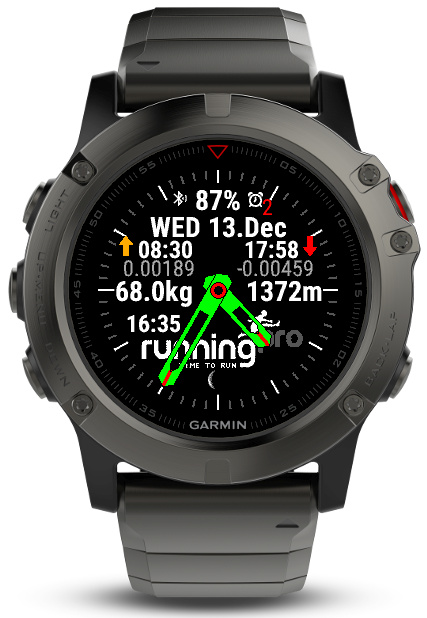 Amazing clock, can you add heart rate instead of kg?

Would be great it the logo was deleted

Always nice to watch on this.

Great display - very nice and informative! Maybe you can consider to implement: - hard rate instead of weight - 2nd time zone (very important for me :-)) Regards and many thanks Reinhard

Would be brilliant if you could put heartrate on.

The best watchface for fenix3. Clear and with all things you need. Great job.

Very nice. Maybe sunset sunrise and the possibility to turn off the logo running pro. Thank you.

Sunrise/Sunset can be now activated in v3.6. RunningPro logo won't be switchable, because the watch face is called like that. ;)

So, now you can have it. :) Sunrise/Sunset can be activated in v3.6. Also the name of the week day is now in capital letters. Hope you enjoy.

Very nice, thanks a lot, I love big and large hands:-) Could I ask for alarm notification icon, please?

always better , congratulations . Probably would reduce the font size of date using only capital letters and instead of weight and altimeter could be better sunrise and sunset

Thanks! Yes, I'm working on the optimal Sunrise/Sunset calculations, it is definitely on my TODO list.

Love this watch face.would be good if you could configure it though.

New version includes a lot of configuration possibilities and improvements. You are welcome to check it.