Shows how much remaining daylight you have, perfect for making sure you're back to your parking spot by dusk.</p><p></p><p>The default is to countdown towards official sunset; however, you can use Garmin Connect Mobile app to change this to:</p><p></p><p>* Sunset (the official sunset)</p><p>* Twilight (enough light to work)</p><p>* Dark (no light left)</p><p></p><p>To update the settings:</p><p></p> 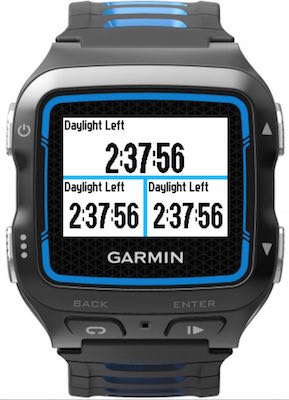 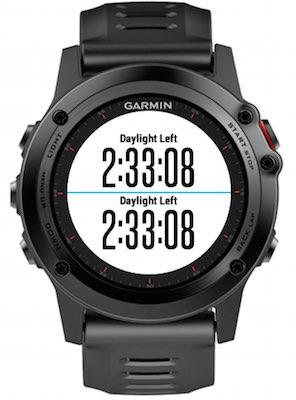 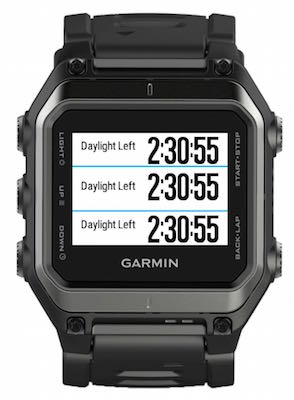 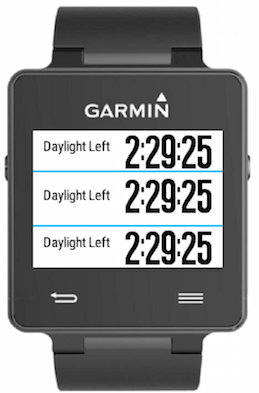 Useless on edge 1030 plus. Showing some weird 30h till sunset. Uninstalled.

So helpful! I just wish that displaying seconds was optional. It's more precision than I need and it clutters up the display.

Has been working very well. Only request: turn off seconds (maybe an option) to save on screen updates

Still doesn't work for me after the update. Do I have to deinstall and reinstall?

I would try re-installing it and if you still see the issue, just reply back using the Contact Developer form and I'll see if I can replicate your issue.

Reads "no GPS" all the time on Fenix 5. Currently not usable.

This should be fixed now, the 'Positioning' permission was missing. Oddly, it worked in the past; the permission must be being enforced now (which is a good thing!).

Does not work with my Garmin Edge 1030. Constantly reads "No GPS." Reached out to the developer to no avail. Oh well!!

I think all of these data fields look and sound so cool. But on my Vivoactive I can't find out how they work?

Nice simple data field, good for deciding when it's time to head on home when out for a run! I particularly like the on-phone configuration of three different sunset options-the middle one is good for "you want to get in before it gets dark."

Seems ok but really needs to be a widget or app and not a data field. Would then rate higher.

No clue what it was basing its computations on.

The bug that was causing computations to be off should be fixed now. It was related to how today's date was computed. Early versions of Connect IQ had a bug in how this was computed that the datafield had to work around. Garmin fixed the bug in `today()` which somewhat ironically caused our computations to now become wrong--until we removed our workaround, which we just did. Sorry for the inconvenience here and let me know if you have any other issues!

Really wanted this to work. The time it displays is way off.

Doesn't work for me.

Would love to have this, but the calculated time is way off. Like 5 hours off. Someone else mentioned it appears to be time left until midnight.

This doesn't seem to work for me. I am getting what appears to be time remaining until midnight. Not accurately reflecting anything to do with sunset and actual daylight remaining of the day. Is there something I need to configure to get this to operate properly?

Like another person wrote, I downloaded this onto the vivoactive watch, and I can't find. If there's a trick to this, then instructions are needed. Otherwise, it's a defect.

I downloaded this data field on my garmin fenix 3 but I absolutely can't see it on my watch so after a long search I deleted it again, E.