This app can only be installed using the Connect IQ™ mobile app.

This widget* offers a secondary way to view your Dexcom G6 CGM** data at a glance on compatible Garmin wearables***. The widget displays estimated glucose levels, trend direction and a 3-hour history on your smartwatch, so your data is convenient to see at your wrist anytime. Get setup instructions: https://support.garmin.com/sas/connectiqapp/?contentId=urGLazwTsJ9qYnC5sC1289</p><p>--------------------------</p> 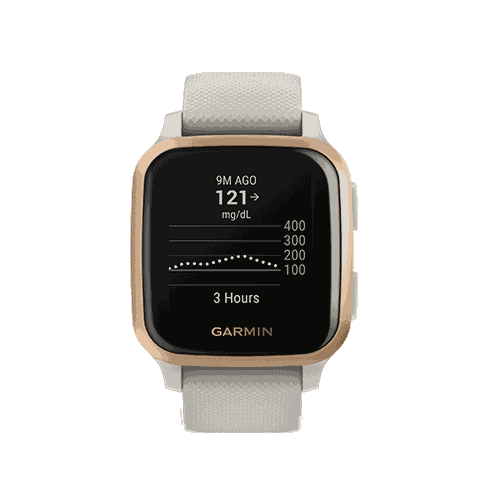 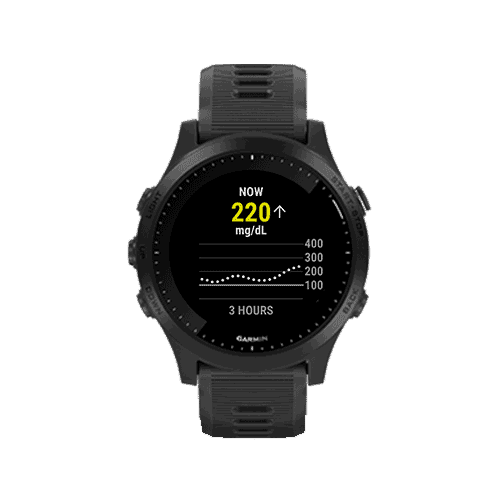 does not work in the Czechia!!!

The app is working almost as desired. It’s got a glaring flaw, and may be enough to warrant returning the watch. I understand the Garmin has to use the phone because that’s how it’s connected to the Dexcom. I get it - what I don’t understand is why INTERNET DATA is being used to run the app. If my phone is out of network service, that shouldn’t impact Bluetooth transmission. If I’m in the subway, my Dexcom app on the phone still works - it just doesn’t work on the Garmin watch. For a good portion of my day, the $350 watch is useless. This should be fixed or I may have to return it.

Doesn't work. Followed all steps. How is it supposed to even pair? All you do is download a widget and sign in. You don't even have to have your pump connected to your phone, which makes no sense. Needs clear, eli5 instructions FOR THE ENTIRE PROCESS. Do I need to have some app from dexcom installed? Does the pump need to be connected to my phone Bluetooth? Does the pump need to pair with watch Bluetooth? The official instructions don't work and offer no explanation or troubleshooting. This has been out for a year now? Wtf?

It will not stay connected. More importantly for me, an internet connection is needed in order to read the blood sugars on the watch. If you live in an area with poor internet connectivity, look for some other approach

The inconsistent connection, synching , messaging SUCK! This is important for so many people and yet you do nothing. Last Garmin product I purchase.

Just terrible. I dont know if anyone from garmin or dexcom reads this but this app is absolutely terrible. I bought the venu 2 plus afte doing my research for sole purpose of being able to read my levels on a my watch. Installing the app gave me issues and it literally worked for 2 seconds and then it read no data. It did alwet me when my sugar was low but it still was not displaying anything. For people like me who rely on their dexcom you would think that they would do a better job with this app

Bought the Garmin Vivoactive 4 for the sole purpose of connecting my Dexcom G6 since my current phone isn't compatible. (That's another gripe!) Total fail!! They make big claims about the compatibility between Garmin and Dexcom. What a bunch of horse shit! Now I have an expensive, useless POS I'll never wear or use. Thanks a lot, I love wasting time and money on garbage.

Having same problems with everyone else, I have Enduro 2, have Dexcom widget, signed in, created account, today can't sign into Dexcom on website getting no readings from watch. Is there something I am missing? Requested new password and have yet to receive an email, today still no readings on watch

The widget refuses to log in to the dexcom website. Claims username and/or password are wrong. But they aren't. I bought the Garmin Vivoactive 4S watch for the sole purpose of the Dexcom G6 readings, following all the publicity from Garmin claiming Dexcom G6 compatibility. Big dissappointment. Will be returning it for a refund asap, unfortunately.

Not fair to those of us hoping for an option outside of the iOS world. Not functional and a risk if anyone tries to rely on this application. Returning my Epix gen 2, back to the boring but reliable alternative.

The app doesn't work, EVER! I'm using on a D2 Mach 1 watch and it hasn't worked correctly since the original installation. I've tried everything and still nothing. Was hopeful that the latest version, 1.0.7 along with the latest update on the watch would fix things. Unfortunately, it doesn't and the app still shows "no data"...Why would the app be available and compatible if it doesn't work?

Will be app sometime available in europe? We are the same diabetics like in the usa are!

App consistently says “no data”. Very disappointing to have a great application that DOESN’T work!

Doesn’t work on my Venu

Won’t stay connected for more than a few hours. Have to constantly re sign in all the time Would love for an app like this. Has widget compatibility to put the data on work out screens. Just simply doesn’t work

Worked great.. Until it didn’t. Dexcom worked fine for about 3 months. It’s been down for about a week now and I’ve done everything I can think of to reset it with no luck. I should’ve bought an apple! Get it together Garmin..

I am terribly disappointed in Garmin and Dexcom. Garmin always gets second grade apps compared to Apple Watch (Dexcom app works via bt and it has both a graph and a data field) and Dexcom, this health tech giant is not able to hire a decent developer who can fix these issues in a matter of days. Ridiculous. I am surprised that nobody is asking these questions on their AGM.

Will Garmin ever make Dexcom readings work without the internet? Going off the grid this weekend....but I guess not with my Garmin watch since it can't display my Dexcom numbers to me! It's a shame they can't pull this data from the app that is already on the phone communicating with my transmitter.

I have installed this twice in after signing in the widget says "no data". I thought maybe it took a while to download and sync up the data but after 20 hours I still have no data on my dexcom widget.

I love the Dexcom G6 widget and use it all the time. The Dexcom app allows the selection of either 300 mg/dl or 400 mg/dl as full scale on their graph. I prefer the 300. Since the watch fave is necessarily small, I would like the graph in the widget to match the scale used in the app for greater clarity. Certainly not a deal breaker; but, it would be nice.

Can't believe or understand this but app works fine until my phone is without coverage. Can't imagine it is possible but happens without fail. Really app on garmin needs cell coverage? My fossil dexcom watch face never needed cell phone to have coverage. My