The Camouflage watch face was inspired by vintage military watches, featuring double sword hands and camouflage background. The military style watch face also features analog and digital displays for the date, day, step count, altimeter, and battery indicator.</p><p>Please configure your watch face via Garmin Connect Mobile or Garmin Express. Here is how to do it: https://apps.garmin.com/settingsHelp.</p> 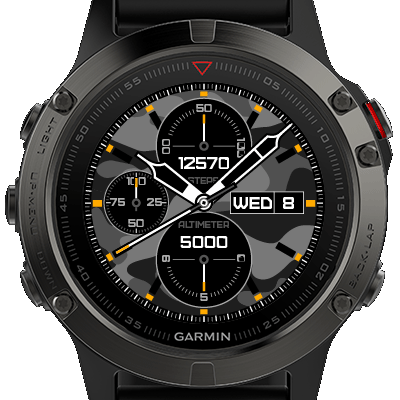 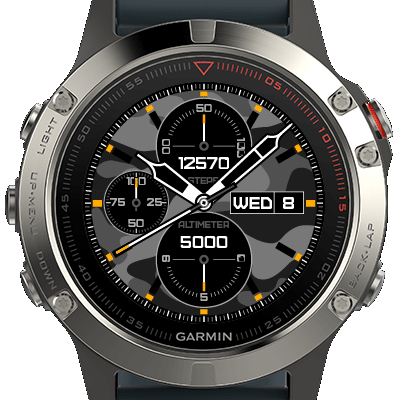 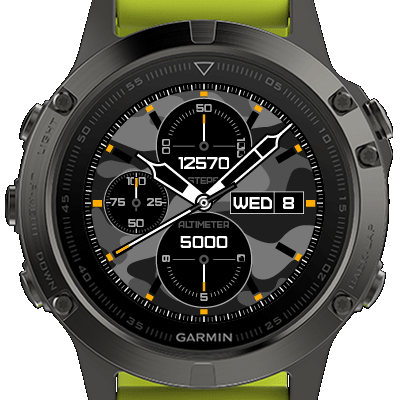 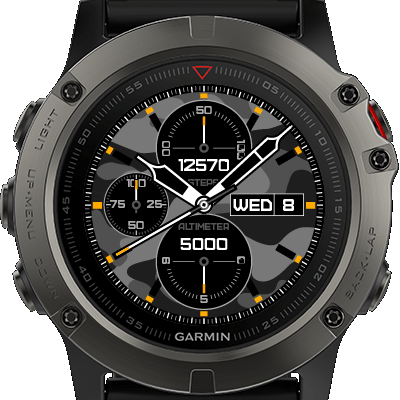 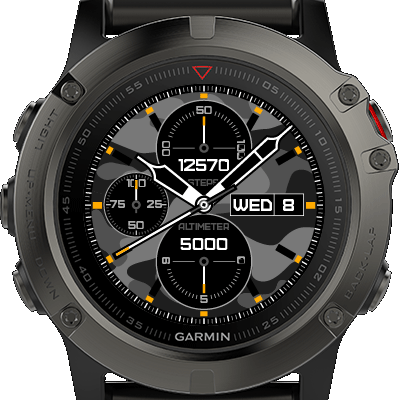 Really like it. Be good if could configure more though

Awesome watch face!! Just like the others before me have stated the beauty of this watch face and its potential to become much more. Need the ability to customize the watch face features. and please if it's not too difficult the option to turn off the second hand! Thank you!!

Beautiful face but unfortunely french is not supported and monday thuesday wednesday is the only choice : lundi mardi mercredi ... thank you ✌

Hand for seconds on Fenix 5x does not work all the time. Should be more customizable. Great potential - if followed up ...

Option for Light/Dark green Camouflage, and transparent hands would be nice.

Hand for second for finex 5x does not show