Hi,</p><p>I am sorry but I do not have a time for individual answers. CIQ is my hobby, not my work and incoming emails are hundreds per month. So here are answers for most often questions:</p><p></p><p>All my apps are for free without unlock keys!!</p><p></p><p>Api key for weather you can get for free here: </p><p>https://openweathermap.org/appid</p><p></p><p>How to apps setting:</p><p>https://apps.garmin.com/settingsHelp</p> 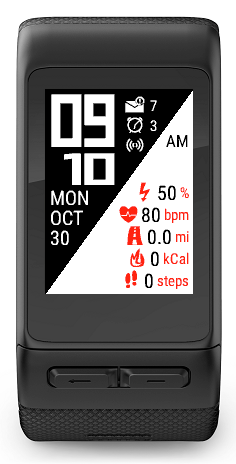 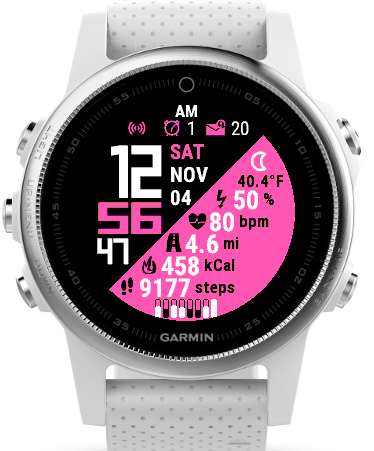 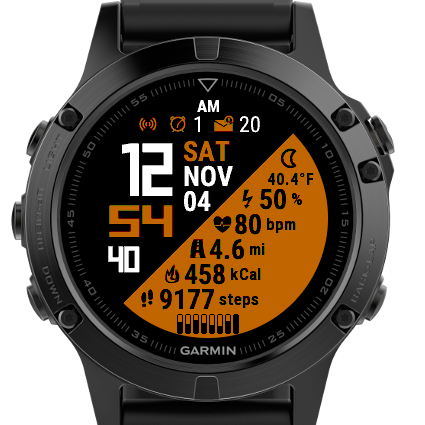 Best face for vivo hr hands down. Thanks

Great WF! Thank you for porting this to Fenix 5.

Cannot change colors which is a big drawback for me. Great info display. I like

how to change the color of the screen?

Wonderful watch face! Clear to read. To change thw color i just needed to go on app settings from the phone app. I would only like to choose the infos to show. I miss the floors clombed. Also adding the activity bar would be great, maybe there is space on the diagonal line

Can not change the colours?

My favourite WatchFace.. simple and complete..

Really great - I can get all the information I mostly care about in a quick glance. Style is simple and looks great! Kudos to the app creators!

This is the one I always go back to when I have tried a ned face. Very elegant, informative and I like the color customization

Good watch face, only gripe with it is that 24hr mode switches back to 12hr mode and i have to switch it back and change watch face to another then back again to restore 24hr.

Fantastic watch face. I've tried others and consistently come back to this one. I would love to be able to select active calories for display instead of total calories but it's a great watch face regardless. Thanks to the developer!

Only thing missing is the activity bar. It could be right in the middle of the split. :)

It will be a 5-Star once the issue with grey/gray color is fixed!

The watch face is good except when using grey as background color, the watch face will change to modern digital after switching to other page.

Love it. Could you make the diagonal line the move bar

Works Great. Note to folks that want to change colors. This can be changed in the Garmin Connect program under Manage Apps .

Really like this watch face design and info display. Love being able to change colors. Do that on the phone, not the watch.