A Tool to send Waypoints, Tracks (Courses), Locations and Segments from mobile phone mapping application (Google maps or OSMAnd+) and GPX files to Garmin Fitness device over Bluetooth </p><p></p><p>!! No Internet required for Track Upload !!</p><p></p><p>-- general hint: Start Button is for Waypoint transmission control, menu button is for track transmission control --</p><p></p><p>* send waypoints to Edge 530 and 830: please use the "red" menu icon (3rd) and import a gpx file to create a locations file and download it from within the device (send icon in Android app is not supported there ** first step is done automatically when sharing a location from google maps</p> 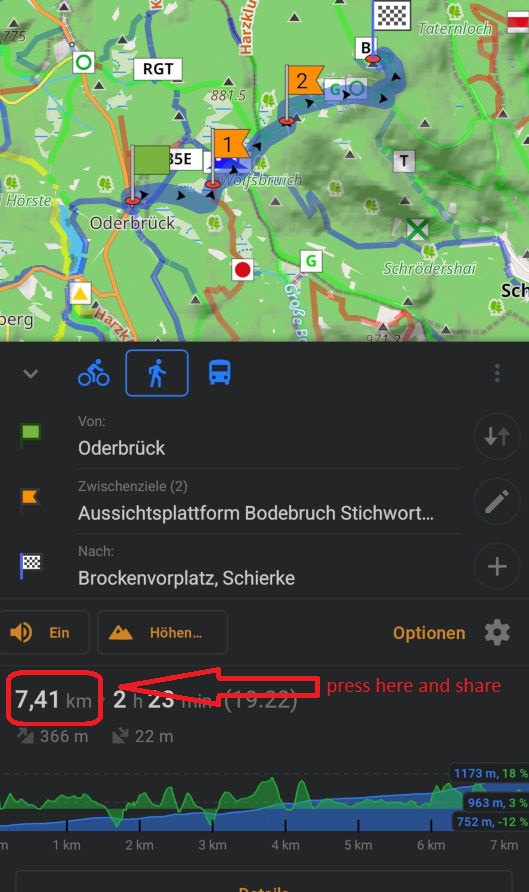 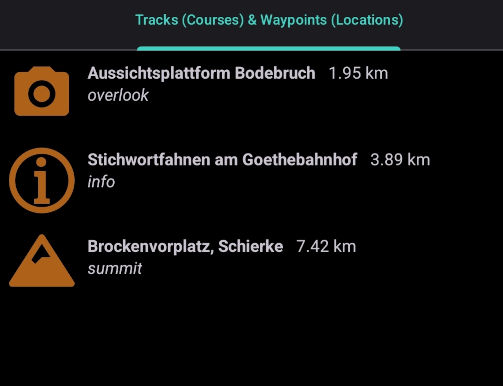 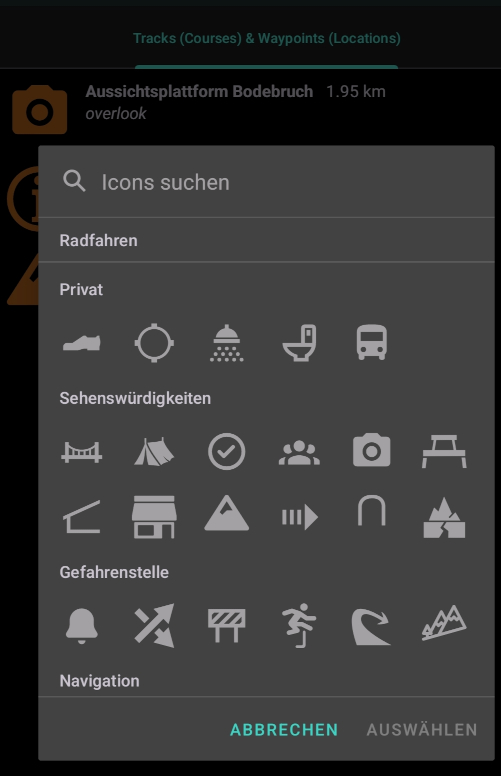 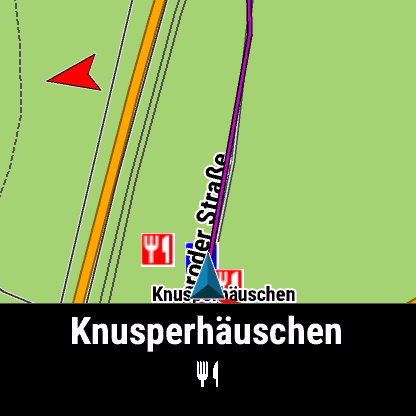 Great app, saves time making way points for my fenix 3. I have found it works with any navigation app that can export as text.

wooooooooow!!!! offline ! waipoints with map on smartphone offline!!! looooove it!!!

Great. It's the app we've been waiting for. Next function should be importing the whole route into the Fenix 3, then you'll have a fully fledged 'basecamp mobile' app! Take notes Garmin development team :)

You are reading my mind - I was just planning to post this idea to Fenix 3 forums. This feature should have been implemented into Connect Mobile application since beginning. Tested briefly - worked with no issues. Thank you for this app!

Just works. Í use it with with GPS Coordfinder. It would good líka someone pointed out to betur able to add elevation manualy.

Awesome, this should already exist. Thank you so much

Awesome app. We just need to hope that the Garmin implements a course import API. Then, we will have a killer navigation app for most of a Garmin watches.

Unbelievably convenient, easy to use, time-saving and altogether amazing! This app literally saves me HOURS of manually entering coordinates into my Fenix 3 prior to going outdoors on a hike or camping or just wandering through the woods of Minnesota. Thank you so much for creating this application. I downloaded it onto my tablet & phones so any time I want to save a point of interest on Google Maps, I simply long press a point, share it via this app, "save" it via this app on my Fenix 3 and - VOILA! - there it is as a "Saved Location" in the Navigation section of my watch. No more manually entering coordinates! Wooooo hooooo! Thanks for making this awesome app!!!!

Idea is great but so far most probably works only on Android. Cannot find IQMapReceiver in AppStore ;( any plans to release it do iOS?

the app is for free, due to the fact that i do not have an iphone and app development for apple is not free of charge, i think there won´t be an apple version, sorry.

Great App it makes the Waypoint/Favorite transfere really easy and fast. I tested it with Samsung S5 and Locus Pro (powerful naviation app) running on it. I created 3 Waypoints in Locus exported them to a gpx file and imported it in the Android companion App. Trasfere worked perfecly. Awsome Thanks a lot. One question: Are the waypoints transfered to a server in the internet or where they direcly transfered from mobile phone to the watch? Thanks Florian

Great app! Works now with Fenix 3 and Sony Xperia Z3 compact. The only strange thing was the altitude data which seemed way off. 12000 metres was set for a waypoint i transfered from Google Maps. But again, one of the best apps out there. Finally I can manage waypoints from the mobile.

Great idea but does noit save waypoints to my Vivoactive HR

Great idea! Version 2.1, version 2.2 is unable to transmit the waypoint in my Fenix 3, says "not device with suitable app connected" while on the clock app is running and connecting to the Bluetooth feature.

I can see on my vivoactiv hr, how many wps will be send, when I push the start button, I become a IQ! Screen and I thing no wps are transferred. I do not find the transferred wps on the vivoactiv.

Geat idea, but exact same behavior on vivoactive HR as viewer1 describe. Clock receive Data, after push the save button I always get an IQ error.

I have the vivoactivr hr ....would love the app but behaves unfortunately as already described by others with iq! error. hope you find a way to make it work!

no the Vivoavtive is not planed to be supported by some required Garmin features, sorry.

Great idea, but on vivoactive HR, I always get an IQ error.

no the Vivoavtive is not planed to be supported by some required Garmin features, sorry.