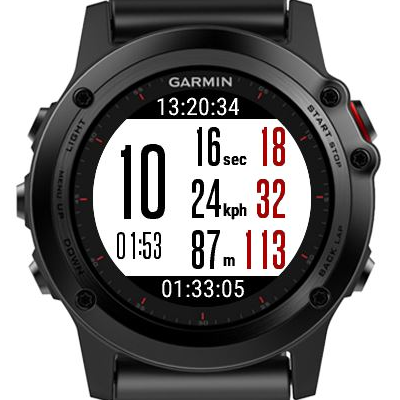 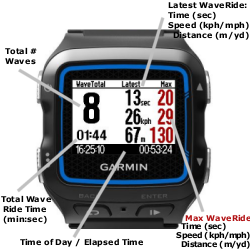 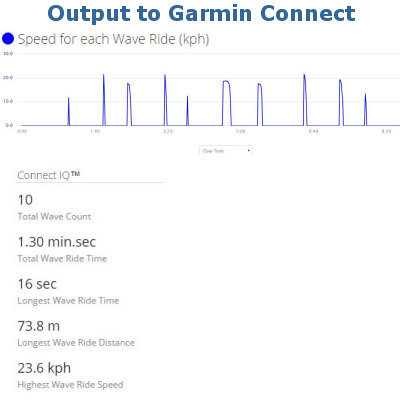 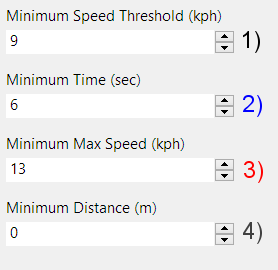 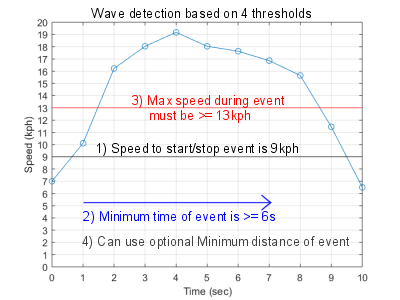 Great app and thanks for the efforts. Checking please if anyone has downloaded and installed but still can;t see App on the Garmin device? In my case Vivoactive HR.

It's a data field so you would add it to an existing activity, like Paddle or Cycling for example. Set up a one field layout data field in an activity and add the ConnectIQ field - Surf Tracker.

This data field on the cycling app works a treat! I track all surfing with it and love it. Only thing that can make it better is tracking individual waves on the map like the rip curl watch. Still, this is awesome!!

Very nice. catches almost all waves taken during a session.

I use this App for SUP surfing, it is just awesome CONGRATULATIONS

Can't visualize app in forerunner 735xt (sync done), in garmin express there's the app, but not in the device.

:( why not ask this question in the forum before giving a bad review?? You realize this is a data field and not an app. Add it to an existing activity as a 1 field data field.

Love this app. Use it for SUP. So much data.

Fist time in water with this app and.. its magic. Love it. Well done m8 you are a genius

Great addition to my 920XT.Took it to the Mentawais in August and the GPS zooms you right in to where you surfed at remote spots like Rifles and Hideaways.With a little bit of editing of the log in notes I have lasting memories of fantastic surf sessions recorded. Thanks bwd1

Love it! Keep it up. Experiencing some strange crashes while surfing. Datafield removes it self from app, only timer left. Need to readd datafield to make it work again. App created from standard paddleboard app...

Not compatible with vivoactive...

Why not post this in the forum and we can try and see what's wrong. Giving a poor review gives me no motivation to work on it. Good job, I will remove the compatibility for the VA...

Did the download but it is not compatible with the vivoactive. Althobo there is written it is. To bad... otherwise if it is in the meanwhile my mistake. I certainly hope it wil become compatible

How can I see my track ? I surfed 16 waves but I can't see the single surf track on the map ...connected imported only some statistics not all of them ...

Love it. Works well on my 920xt all the information needed. saved me buying a ripcurl gsp

Very excited to see the configurable version as well as Connect IQ outputs. I used this datafield for downwind paddling in the early days, but the speed threshold was a bit too low... now I can change that :-)

I have been using Trace and then thought about the Rip Curl watch, but when I discovered this app I bought the 735XT and I am really glad I did. This app is awesome. I records the waves pretty accurately. It does seem to miss some short waves but overall it works well. I would give it ten stars if the actual wave data(speed,length etc) could be downloaded into the Garmin Connect, instead of just numbers cut and pasted into the comments area. This app makes the 735 watch so much more functional for me. Now I can use it for everything I do. If you surf then get this app. It is a great way to record your sessions with very little effort and wearing the watch is better than a heavy Trace on the front of your board.

Love this.. would love it even more if the thresholds could be customised.. I must paddle at warp speed because I often register 2-4 waves on my paddle out.. When the custom thresholds arrive along with the mapping showing waves and paddling I will def donate..

Nice work as a datafield! Pleasantly surprised by the accuracy. A little bit fiddly with the output data and files. Would definitely donate if output was improved and this turned into an app with the option to integrate local swell and tide data and sunrise, sunset times.

Epic app/datafile. Only way it would be better, is if it would be an app and that action it would be saves as surf session with in connect iq as rip curl watch... Ok saving as text file, but would be absolutely fantastic to be able to retrace wave by wave! Thanks for great work! Makes my fenix 3 HR complete!

Very good, but I miss something essential... the tide schedule!! please, it would be perfect if tide information is added! thanks!!

Thank you for a great app. It is the best When you are ready to display the longest riding distance to the activity!

Can't get it setup on my Fenix3. Can someone post up step by step instructions please?

Excellent app! Works great! So cool to see how many waves surfed, how long on the wave and bets of the session!!