*** IMPORTANT ***</p><p>Some users have reported issues after upgrading to the latest version. If you upgrade and encounter any issues please report them using the contact developer link or in the forum so I can best work out what is happening. </p><p></p><p>*** NOTICE ***</p><p>This data field relies on a newer version of firmware on the supported devices listed below. If your device isn't listed as supported or doesn't have the minimum required firmware installed, it should be expected this won't work for you.</p> 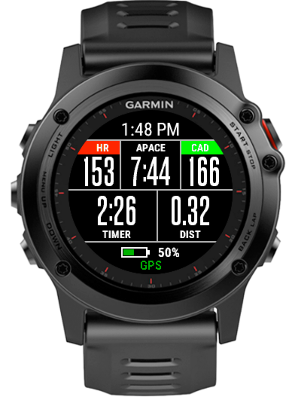 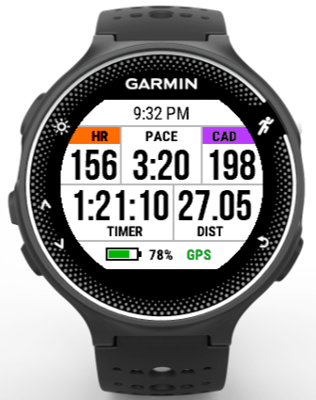 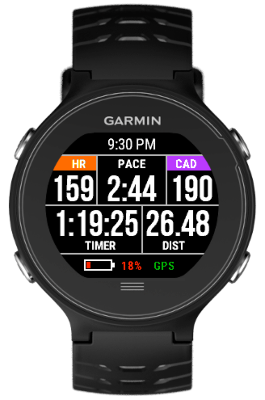 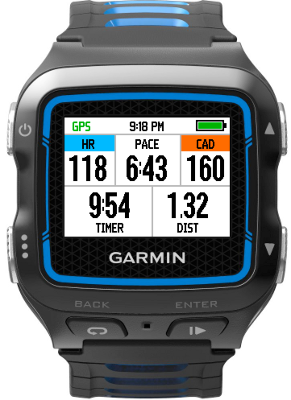 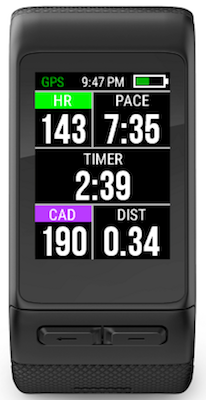 Help, cant get it to appear? I have a Fenix5, but it doesn't come up as a selection in the data screens? Any help would be great...i know its probably something simple. I have downloaded, synced etc thanks

Perfect app for Running and cycling. It would be nice, if you can change the right upper field to something more than the available options. For example APace as well. cheers

Superbly laid out, and works perfectly in run mode. In cycling mode however it gets shoved aside somehow every few minutes and the watch shift to the default data field (935xt) Very weird.

Please use the contact developer link to describe your configuration a little more in cycling to see if we can figure out what is going on.

Hey man! Thanks for by far the best data field. One suggestion though: could you add a 3s avg power field when cycling? Might be via configuration (eg instead of cadence) or as a sixt field. That would be absolutely awesome. For running I only use your data field, but for cycling I can't, because power is the most important metric for me (and probably most other cyclists with a power meter). Definitely 5 stars if you can add this :)...I would even give 6 :)

Cannot get it syn to my Fenix3HR after I downloaded it. Did a syn of my watch and app also. Anyone can help?

Used to work great, but now just an IQ symbol instead of all the fields.

doesnt not work on 235 for me. when i set the fields single run field its shows nowhing but an IQ msg

I use this with a 735XT and love it. Clear, concise, easily readable and all the information I need on one screen. Never had an issues transferring data. Great job and terrific app!

All data I need in a single screen. i will appreciate if the PACE field could be change to LAP PACE. The app allows you to show current pace, avg pace or 5s & 10s avg pace. Good job.

Great work, all needed information on one screen, works flawlessly with Fenxi 3 HR.

So cool! All interesting data fields in unique display. Perfect! Thanks!

How do I access this on my watch. In the Garmin app on my phone it says it's installed but I can't find it on my watch???? I have the 920XT

Use the contact developer link under additional information to get some help setting it up.

exactly what i needed for fields. no wasted space. thanks. tip for the dev: the setup took a while to figure out being a first time garmin iq user. would have been helpful to have the instructions in the description.

Super. Has all the fields I want. Just perfect. Easy to install

Love this data field, got everything I want to see on one screen. Thought would be too small for my poor old eyes to see but no worries except for the time of day, have to stop running to read that properly but usually don't care about that anyway. Very easy to configure, if I can do it it must be.

This is my go-to screen when running. Excellent.

How do I get this showing on Fenix 3 after downloading?

Please check the forum URL listed or contact the developer and we'll get you going.