Dedicated surfing app for garmin watches.</p><p></p><p>***note***</p><p>Garmin have introduced their own surfing app on the "Garmin instinct surf" and broken the summary view on Garmin connect for activities saved as 'surfing' by other apps, you may have spent hundreds on your watch but Garmin say if you want to surf you must buy their new watch.</p><p>This app has not changed and will still function the same as always and mark your waves as laps, At the moment there is no way for a downloaded app to affect how data is shown in garmin connect. Unless garmin decide to give 3rd party apps access to set these new stats they will show as '--' .</p> 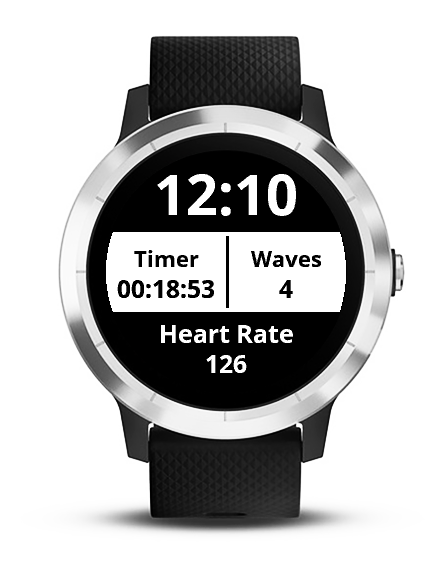 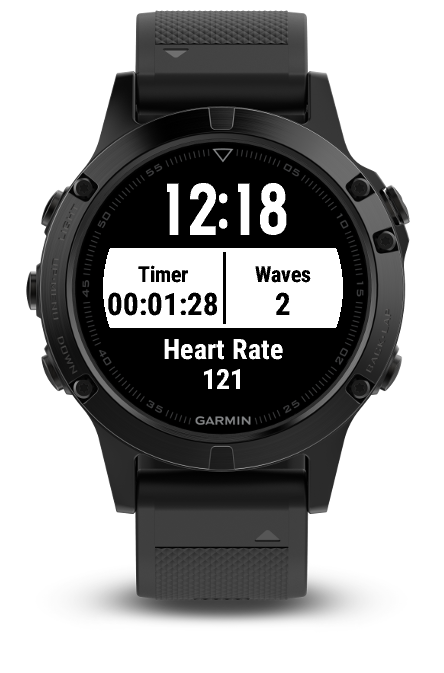 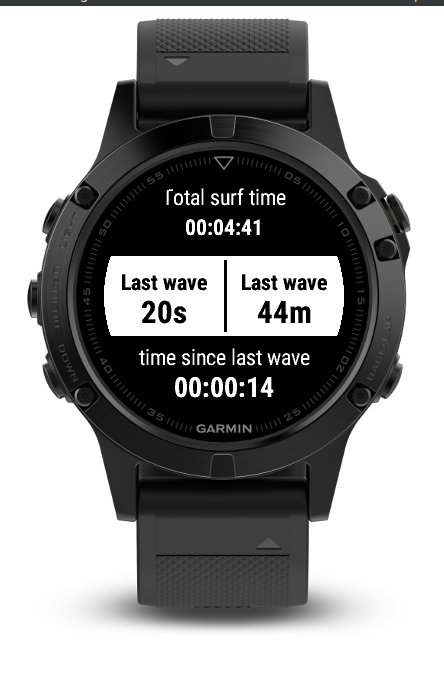 This app does exactly as outlined. The whole purpose for me getting this app was specifically to track the time i spend on this activity each week into strava. This app makes it east to automatically save the raw data + gps map into strava. unfortunately due to Garmin's own decisions ride data doesn't sync which also means this doesn't integrate with the Surfline app to review rides. I spent like 5 hours trying to make my own custom activity data and it was pointless, this is good enough for what i need it for! My only suggestion / question to the developer is: the wave data i see is relatively accurate in small waves (under 5 ft) but once i'm in larger surf the # or rides is really inaccurate... again for me though, all I really wanted was how long i'm in the surf & a map of where I was at during that time... and it being in strava! thanks for doing that for me!

Hi, thanks for the review. You should be able to change some of the criteria for measuring waves for bigger waves, maybe at a higher minimum speed for very large waves

Got a Garmin Forerunner 645 for Christmas and have used this on three surfs since. Very well designed, slick and easy to use. I found it to be very accurate!

Distance, speed and wave counts on watch seems accurate however I’m unable to display wave counts and stats (longest waves,etc) on the phone...any idea why? Thanks

Yes I do have an idea why, that's why I wrote the reason why in the very first line of the app description so that users would know and would not leave negative reviews based on a bug in garmins phone app which I can do nothing about, thanks

I tried this app and it's seem work well however statistics on single waves such as speed, duration and left or right are missing. these statistics are instead present in the surftracker data field which I consider preferable at the moment.

The app works well for about 3 minutes and then it freezes. I am using it on a Garmin Fénix 5.

Seems to work pretty well. Wave count is generally accurate. The app shows null values for the Longest Wave, Total Waves and Max Speed bubbles but wave count and details are all present in the Laps tab. Thanks for creating this!

A great app to add surfing as an activity to your garmin. Thanks for creating this work around. It’s a pity garmin doesn’t allow you to format the data!

I'm yet to use the app and I'm sure it is fine, from what I've read, given any limitations are due to the constraints set by Garmin. Kudos too for the developer's super dry sarcasm* *I'm not being sarcastic

Love the app but would wish the release notes are getting updates with new versions. Have you had any luck in contacting Garmin to make the surfs show up in Connect? Keep up the good work!

Hasn't been a new release in a while I'm afraid, I got fed up of the hate mail from users who didn't read the instructions and kind of gave up on the app. Problem with Garmin is the team who answer emails seem to have no connection with the team who actually implement anything so it's hard to get hold of anyone who even understands the question let alone answer it!

A little question. Are the settings in metric or imperial? And i guess the time is in seconds.

It should follow the settings on your device but default would be metric. Time would be in seconds.

Developer, How do I get it to show waves and wave time on the Gramin connect app ??

Garmin have changed it so to see them in Garmin connect you would need to buy one of their new watches with native support for surfing. Other than that you can export from Garmin and import to wavestracker to see the data as it should be

Good app, however GPS is a bit off (it says I'm getting way more waves than I actually do with some ver long 125m waves). Ive tried tuning the minimum speed and times on a wave to have a more accurate reading. Is there a possibility to have both gps+galileo tracking? Also, cannot return to the home face watch whilst using the app (just adds waves to the count XD) Keep up the good work.

The way connectiq apps are set up there is no way to return to the watch face like you would with a built in app without first closing the app and ending tracking. At the moment the GPS is set to whatever you set last time you used a built in tracker, so if you set it to GPS+Galileo then it will use both, I believe Garmin are adding the ability for developers to set it per app in the next connect iq update though so I'll add it as an option then, some watch models do track better than others when in and out of water.

Not working on vivoactive 4. Impossible to find GPS

It works fine on vivoactive 4, many happy users with that exact watch prove it.

Watch face says I surfed 56 waves but only transferred or recorded 9 to the Garmin Connect app. Also, it records paddling around the line up as a wave caught. Would like to able able to edit my wave count. Other than that, pretty sweet app.

Just change the settings to suit

It works fine on my watch, but when I transfer the data to my phone it no longer shows waves, wave time and length. Any reason why? It shows GPS track, session time etc., so it doesn't make sense to me.

Yes, it's explained in the app info, the very first thing in the description, glad you only think it's worth 3 stars because of a bug which has nothing to do with this app, please delete the app and email me for a refund

My wave count is always ridiculously inaccurate. Any time you stop and then paddle again it must be counting as a wave. Info doesn’t seem to transfer back well into Garmin Connect app either. Really get session total time & heart rate info & that’s about it. If there’s a way to fix the wave count thing & the show that in the app summary page then it’d be sweet

Read the instructions, both questions are answered there. Wave count depends on the settings you enter and what Garmin shows in their app is up to them I have no control of that.

-Timer freezes -wave tracking is useless wether it’s a long or short wave -Barley any settings Honestly no point in really even using it. Garmins other surf app isn’t much better... For a watch that can do so much well I don’t understand how far behind other brands Garmin is with apps. Apple Watch has dawn patrol and Garmin has.. well... this! Rant over!!

The timer doesn't freeze and the wave tracking works just fine, there's plenty of users who have no problems that prove that. I don't know what settings you expect but it's designed for surfing not fiddling with settings? If you have a problem you could email me and we could work out why you're incapable of using this simple app.

Max speed is not showing in the main view and it appears in the data fields of the second tag. My device is fenix 5

Very good app! My fenix 6s has been upgraded and depicts the waves when synced, however during surfing, wave count of stuck on zero!..

Since the app developer's hand are tied it works as well as can be expected. Hopefully Garmin will play nice in the future.

Works well enough after you read the app notes and understand the limitations put on the developer.

I seem to have a connection issue between watch and IOS connect app I am unable to get the wave count: longest wave, total waves and max speed data??? I’m not sure if I’m missing a setting - is a manual available ?

A manual? No. A note explaining why you aren't getting those stats? Yes, it's literally the first thing in the apps description on the page you downloaded it from. Thanks for leaving a 2 star review that really helps.