A sailing race start timer for the Garmin Connect IQ platform, following the ISAF 5-4-1-0 sequence</p><p></p><p>Features:</p><p>Vibrates on every minute. Emits a beep on signals.</p><p>At the start emits an alarm, vibrates and then times up for the race duration.</p><p>The timer can be synchronised to the nearest minute, up or down, using up or down buttons (if available) or back button for down.</p> 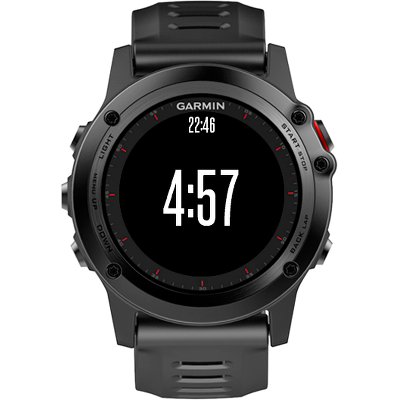 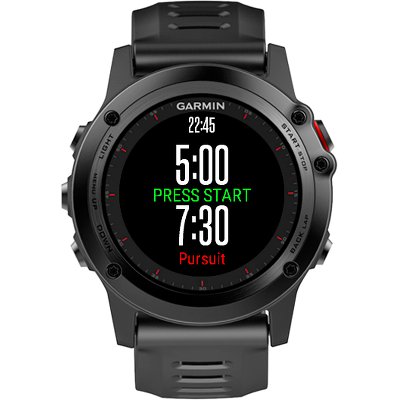 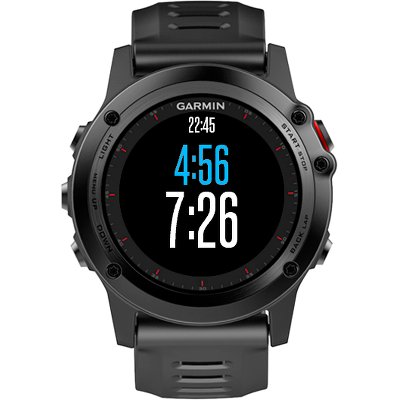 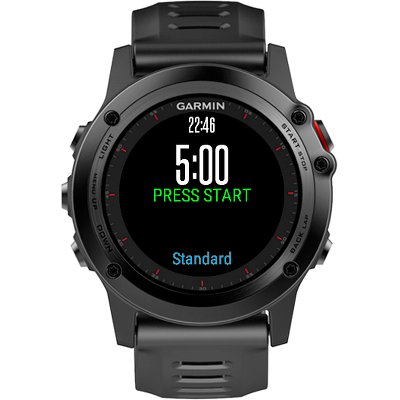 I simply love this app. Use it for all our Regattas and have disposed of the other sailing watches, which inevitably leaked or stopped working. Perfect and thanks - great for dinghy Sailing...

OK for Quatix 5. Good because simply and big number. But the same with GPS and speed max in knots on the screen with the chrono after the start, possible ? Thanks.

Not working on fenix 5 plus. App crashes. Shows blank screen or !IQ.

Excellent timer, but my eyes are not so good anymore so struggling to read the numbers. Would it be possible to make the numbers use the whole screen like the Ronstan sailing watches for us older guys?

The app is clever, but the reaction time of the buttons on my Vivoactive HR are not fast enough. It is difficult if not impossible to get the timer to start or sync on time. Maybe it works better on other watches. Nearly useless on a Vovoactive HR. To make the app better, I reccomend adding the ability to adjust the timer. Some dinghy fleets use a 3 minute sequence.

So great. I settled on this app as the one to use for our Regattas, and haven’t looked back. It so outperforms the so-called race watches. I even talked my wife into the Femix 5S based on this app. Time to ditch all those other race/sailing atches!

For Quatix 3 no vibrate or audible alarm at any minute. just counts down then up

Nice app. Any chance you could add a "race committee mode", where the ISAF 5-4-1-0 sequence repeats over and over? This would be very helpful when running races, and we have to do a bunch of 5 minute start sequences one immediately after the other.

Not working on Fenix 5s. App crashes on start up.

I've created a bug for this on Github https://github.com/spikyjt/SailingTimer/issues/19 I don't have this watch to test with, so can only go by the simulator, which it works fine on. I'll try to improve support in the next release. If you would be willing to test a pre-release version, I'd be grateful.

It doesn't work on a quatix 5

I've had a report that it does work on the Quatix 5. The user even sent a video: https://www.youtube.com/watch?v=a6eRcL7AkqQ Could you please try again, ensuring that you have the latest firmware? I've created an issue on Github for this https://github.com/spikyjt/SailingTimer/issues/18 please report further information there.

Would be nice to have a 10 seconds count down to the 4 minute (prep up), 1 minute (prep down). Also a beep every 10 second in the last 1 minute. @PCG_Racing National Race Officer (CAN)

Great app! Is it possible to also include a 3minute timer? 3-1-30-10-0? Most Sunday fleet/club races in my experience use a 3min sequence.

Great app Is possible to add this app to an existing profile ? I have made a sailing profile where I have speed, heading, distance sailed and so on. In this profile I would like to add you app as one page is that possible? I guess it has to be added as a connect IQ page, can I do that ?

The updated version is doing the job for Vivoactive now. Great Thank you.

simple and so great.. An idea. for dinghy saling, if possible in the screen of the race timer would be nice to have the speed in knots too.. :) with big numbers so can be easy to read them.