Space Pilot Theme Watch Face.</p><p>(* Enter your code without the "-" characters as a workaround to a new bug from Garmin)</p><p>Unlock the extra options for just $1.99US: https://connectiq-devs-store.com/products/space-pilot</p><p></p><p>You will receive the activation code typically in less than 5 mins (*Please verify your spam folder).</p><p></p><p>Entering the activation code in the settings section will allow the paid options to be applied.</p> 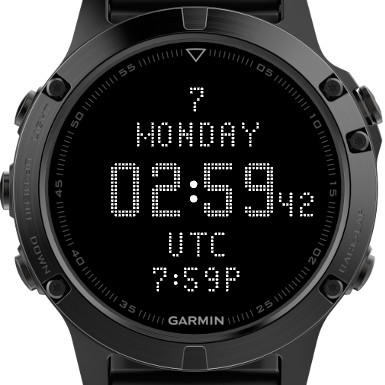 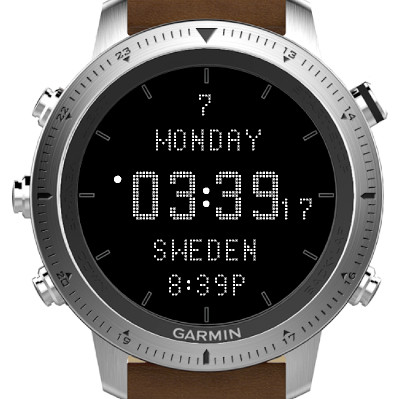 Great, clean watchface that is really good for travel. I like the addition on the dots on the left side of the face to indicate connections. How about a green-yellow-red on the right side for battery strength? Really looks nice on my vivoactive 3.

Suuperrrrb ... this watch face looks so nice ... both with black and white background. and the dotted and filled fonts options also look nice ... i recommend buying

Wow Amazing design, looks cool on my Fenix 5. Paid for it, because i need the step counter.. Worth the buy. The only thing i would add was a way that i could change language. But i think that may be a big challenge for the devs to write all languages in.

Thanks for your review. You are correct. This is actually a custom font that I had to create for this watch face. That’s the reason I only support english for now.

i really like the watch face. Actually just paid for it :-) Good work should be rewarded. Two suggestions though: - could the labels be in any other language (german in my case) - could the labels a tad smaller than the data field contents (less important than the actual content). this would even add some more space between date fields and clock - better readabilty and differentiation... Keep up the great work! :-)

It is nice. It is worth to pay as an encouragement to the design team. Keep creating more simple and wonderful watch face!

Thanks for your review! It’s actually a team of 1... :) I really appreciate your support and I’m happy to know that you like my work. Thank you.

First and only app I've paid for and looks fantastic on the VivoActive3! Excellent aesthetic and a truly great job, looking forward to new tweaks and features...thank you!!

Beutiful WF. I've paid for it. Please add barometer pressure and one more field on the sceeen. Well done!! ;)

Love it. Very Cool thene with labels and data. When using dor face (awesome), the colon is still solid making it white when all other text appears light grey. Yhis causes the colon to stand out. Please consider changing colon to dot font so it matches or at the least using light grey. Thanks!

Hi JF, The filled font is perfect looks great. White is the best to use. Thanks, Jan

Thanks! A few more features will be coming soon ( countdown, pressure etc...)

Great face! Please add option to enlarge time and minimize outside texts. Still waiting for additional fonts; visibility is very poor when choosing other colors. Thanks so far for your work!

It looks great but the weekday shown is incorrect

nice simple face but reading is very poor. If it possible pls to make the signs from denser dots.

Thanks for your review George. I agree. Not visible enough on the real device with a white background. More fonts will be provided. Cheers

Great job!!!Would it be possible to add names of weekdays in Polish? Please