BEFORE YOU WRITE A REVIEW OR PURCHASE THE PRO VERSION:</p><p>• Please READ the description carefully</p><p>• Consider using the link 'CONTACT DEVELOPER' on this page to give feedback or ask questions</p><p>___</p><p>Like us on Facebook: facebook.com/garmin.connect.iq/</p><p>___</p><p>The Outdoor Master can record various types of outdoor activities: running, cycling, walking, hiking, rowing, skiing, snowboarding, etc. (But it does NOT extend the possibilities of your watch. For example, you will should not try to record open water swimming on a Vivoactive).</p> 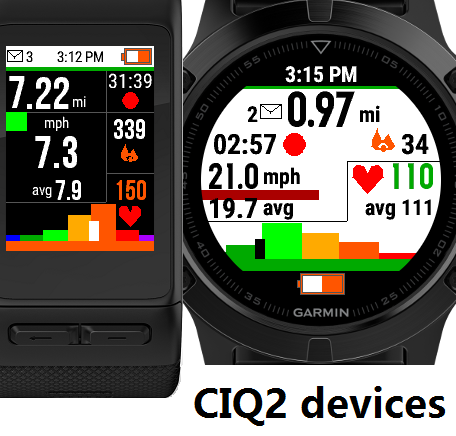 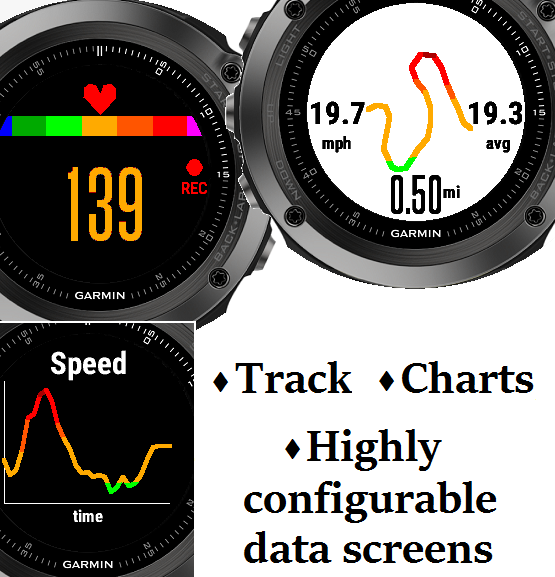 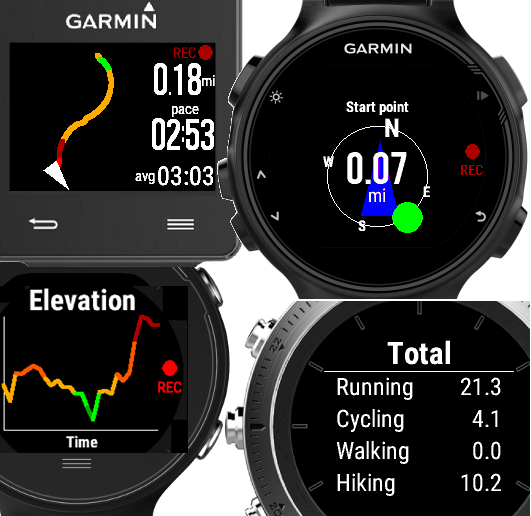 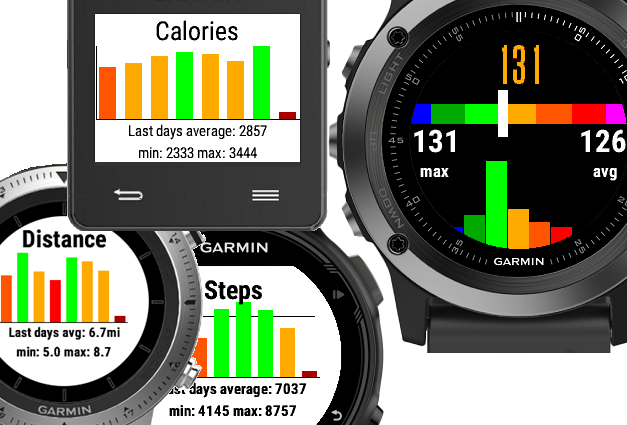 The best app in my Garmin Fenix 3. Outdoor Master App, all in one app. 200% Recommended!

Love the apps I bought the mega pack I love how the various features available in the different apps depending on what you're looking for in each situation. Love how it triggers the live track in Garmin when start recording an activity. In the apps that record.

I installed this on my Garmin Edge 1000 to enable me to go out and run. It was a fantastic app, and gave me all the metrics I needed including power from Stryd. I did not see any issues with the app and have made around 10 runs with it.

Great app that works well with my FR235. It extends the default limited sports profiles with hiking, walking, etc. It provides many new screens (too many actually) - I especially like the map overview. Upgraded to pro after one day of use - it is really worth it. The upgrade was done within a day with fast turnaround time.

I like running and hiking. I training 3times over for week. this app support verious display and information. so good partner your training.

I'm a road biker and saltuary runner and outdoor walker, I bought Garmin EDGE820 for biking and surfing into the garmin IQ store i found this incredible apps. It worKs! I'm really happy so I decide to buy also for my android devide.

Hi, I'm considering to buy the full version after having used it a couple of times. But in February you wrote an update was coming to add AUTO PAUSE, I haven't seen it yet...or my bad ? Could you tell me why the temperature field is empty ? Keep up the good work and I'll PayPal you.

The app it´s good, but the rest it's a confusion to set up a personal layout. Must spend a lot of time with the watch to set it up. Couldn´t be much easier and faster to configurate the app through Garmin Express? Like the others? To much complicated to work with. To exit the app must press several times the back button, why?

how do I unlock pro? it counts elevation as floors, is that ok?

Really extends the usefulness of my Garmin 520 from just biking to other activities. And quick customer service when I needed to unlock manually. It would be a nice feature to be able to use the start and lap buttons on the device, if Garmin allow it.

Very well made app contains all the lonely wanderer on the trails in the mountains and on the bike needs, thanks to the author.

The app seems nice, although there is no much info about its functioning and one has to take the time to figure it out on his own. This I did, went on a run and used the app to see how it did. Regretfully, all the changes I had made inverted themselves at mid-run and the parameters I use to control my outings vanished. The app then requested me to get the pro version. I run by controlling pace and HR, and both parameters disappeared, so I had to stop, determine what had happened, understand it was not a bug, record that part of the run, exit your app, start my usual app and resume my run. I find this intolerable. If the app is not going to work a whole session, you should advise the customer beforehand. You have no right to compromise my activities in order to let me try your product and then take it back while in use. It is totally disrespectful. If you are going to limit the use, do it right and warn about it clearly, so we can freely decide whether we want to try or not, and you should never interrupt the use while running. I would offer a limited time full use for X days or X sessions, or disable the use of certain screens and modes from the start, but never at mid race. I could give the app 4 stars because I really liked what I saw, although the app I currently use is better in ways I consider more relevant to me. I take a star away because the instructions are simply nonexistent and it takes a while of I+D just to get to the point where you know what you are dealing with before you can decide whether it is worth your interest. This simply will not do. I take a second star because the way you have to interrupt the use of the app is simply rude and inconsiderate.

Very nice app. it has become my main hiking app. It would be nice (from a pure aesthetical point of view) to have a grid separating the different values and perhaps and a datafield indicating the quality of the gps signal.

What an amazing app. The best app i have for vivoactiveHR. lot of information, great graphics, Keep up the good work

Good but before purchasing I would like to know if you plan to update the app including a pause option. Thank you

App worked great for a hike today, til it died. I had plenty of battery and was in an open prairie when the app died. All of the data was still stored up to that point, but it did not get the final five miles of my hike.

Thanks for your feedback. I never had issues with the battery consumption on my device. In any case, I'm sure that the new version is more efficient. Please try it out and let me know!

The app is great! It's not as easy to use as the default running app, but after a while of navigating the app I found out that it does a lot more. I especially like that I can map my route while I'm running. Only reason I didn't give 5 stars, I have no idea how to upgrade to pro and the map my route only works for a little while if you haven't upgraded. I have a Vivoactive, not sure if it's just this model having problems.

Hi!! Thanks for your feedback! I'm really glad you're enjoying the app. Please read the description to find out how to unlock the Pro Version. Cheers!

I can't figure out how to start recording. When i push the UP/MENU button (920XT), the app just scrolls quickly through the different screens. No option to "Start Recording". Also the only options for activity tracking appear to be running, cycling, walk/hike and other. There's a long list in your description, which appears to be misleading.

Thank for the feedback. I added an image to the app description which makes clear how to open the menu in each device.