FACEBOOK: https://www.facebook.com/connectiqsa</p><p>Fun simulation of the popular game Tetris.</p><p>Use your activity tracking to defeat the Tetris bricks.</p><p>Once all the bricks are gone, you win!</p><p>.</p><p>As you start your daily activity, you will see no details of your steps. This is because your watchface is filled with Tetris bricks.</p><p>Your percentage and step goal is revealed after reaching about 10% of your daily goal, so it is recommended that you start moving as soon as possible!</p>

Kindly consider a donation if you enjoy Steptris: https://www.paypal.me/hermot</p><p></p><p>Added support for Fenix 5 Plus series, D2 Delta series and Vivoactive 3 Music 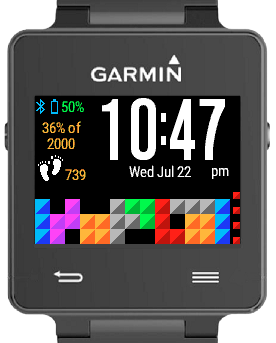 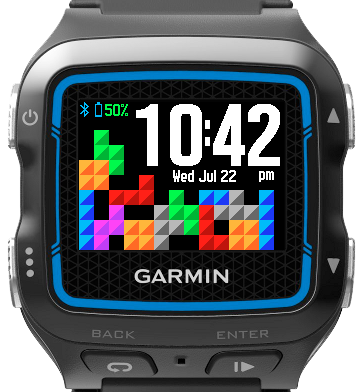 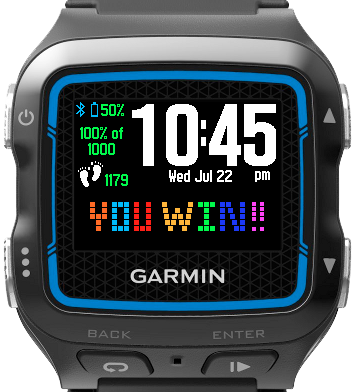 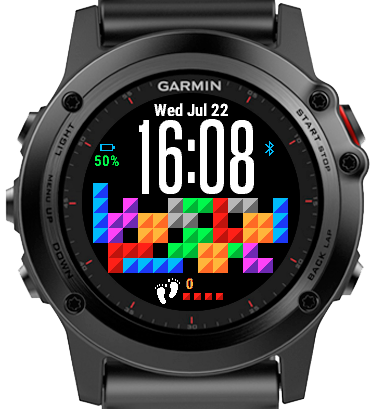 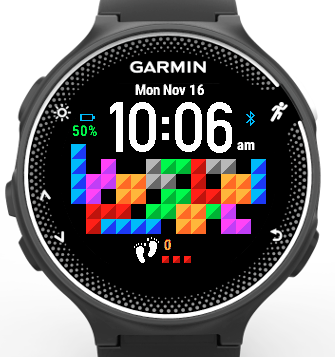