In a nutshell: Plain and simple watch face that includes all necessary information in small package, enjoy! </p><p></p><p>FAQ: https://docs.google.com/document/d/1eMUWk-kr6MPqnOvR3EgmHppliuRw3ZPJxkOUU9hLgzs/edit?usp=sharing</p><p></p><p>NOTE: HR support only for watches with wrist HR!</p><p>****PLS. NOTE DEMO MODE FUNCTIONALITY****</p><p>Following features not working in demo/trial mode (even you can select those via settings): </p> 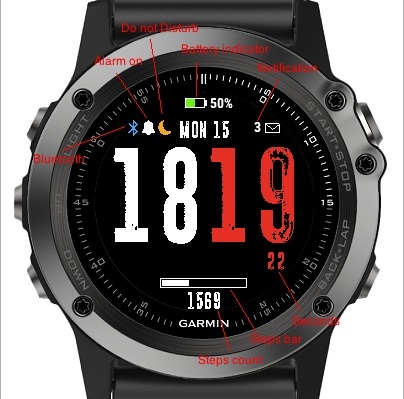 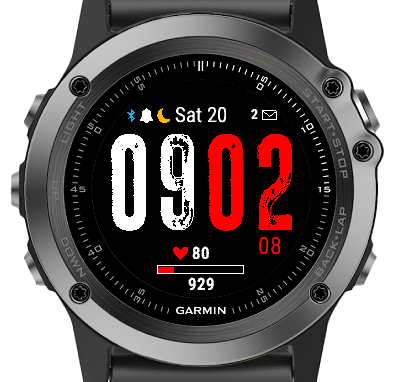 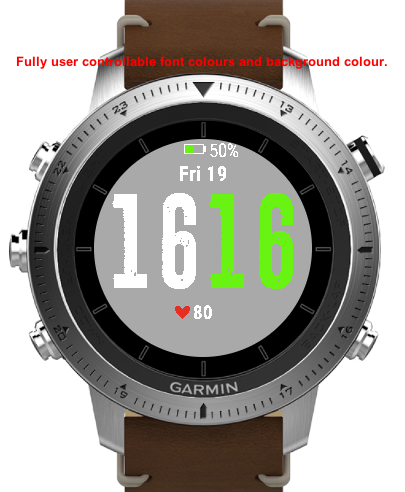 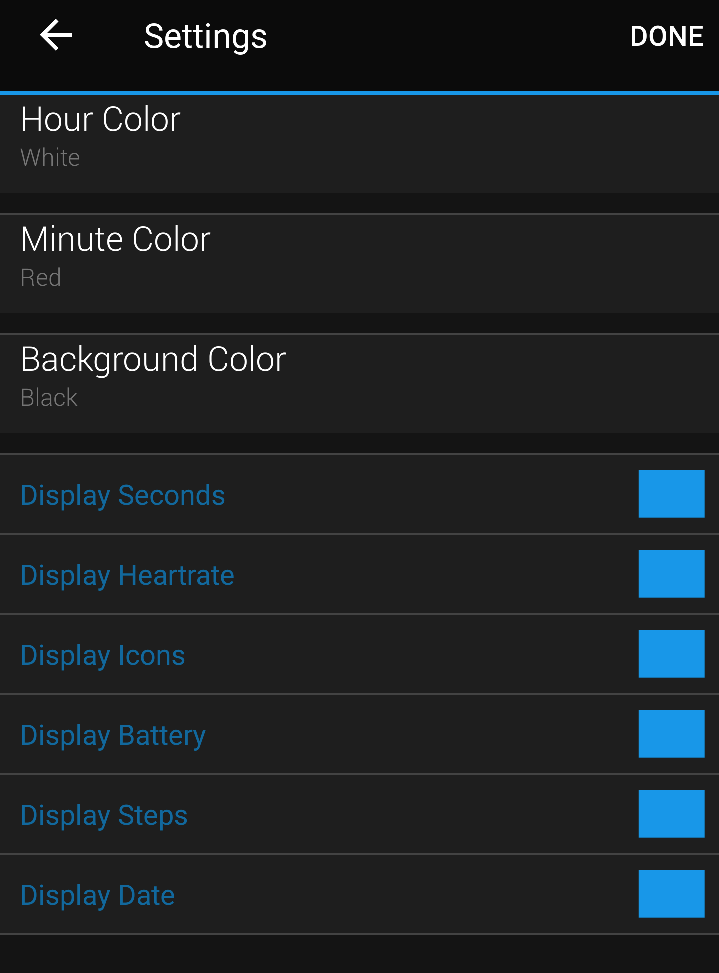 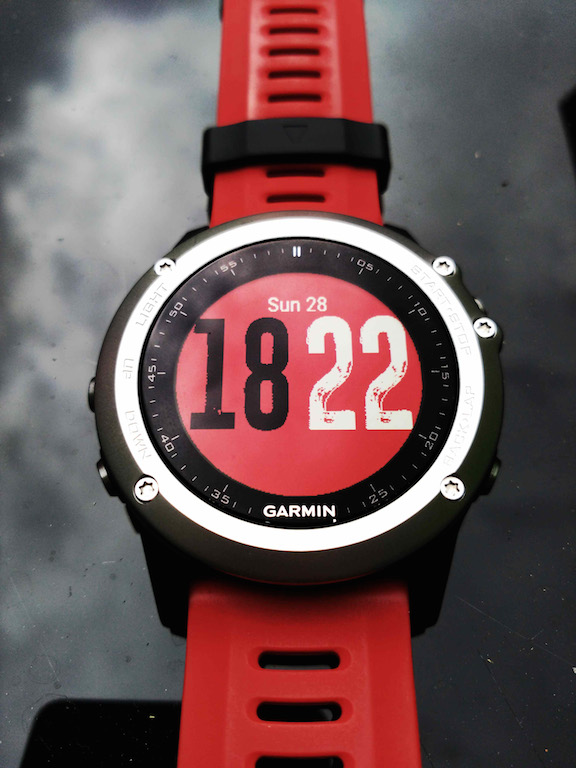 Great watch face. I have1 suggestion. Center tme when only 3 digits. This is most of the time for the 12 hour format.

The best watch face out there. I gladly paid .

Looks nice but forces you to pay to unlock

Shame we now need to pay for it, i'll look elsewhere

DEMO MODE is displayed. If you remove it the rating will be 5 stars. (Even if will be a payable version for 1-2 euro) Thanks

Usable but the DEMO MODE killed this watch face for me. Sorry, as this could the best watch face out there.

This is a nice clean watchface, it would be nice to add the ability to bold the date to make it stand out a little better. Battery life is good and the ability to change features works well. Worth the few bucks for the full version

Can you please add more fonts? Maybe a skinny one...the non-distorted is too big and cuts off a bit on Fenix 3. Thanks!

Demo mode? You should let people know before getting us to download a waste

Congratulations on your work! Is it possible to display the seconds continuously on the watch?

Great, only one thing. May you ad field for sunset/sunrise time?

Great! Thanks Jan for smaller font!

Great job Jan. Worth the money I have donated. I think that the non-distorted font is a little bit too big and the outer numbers of the time don't fit on the face ( Fenix 5x). The other one is ok but as for me both fonts should be a little smaller but it's only my opinion. Nevertheless fantastic job!!!

Thanks, I made font smaller in release 2.09. Enjoy!

This was one of the watch faces I enjoyed most, but now DEMO MODE makes it utter useless! A paid version for people wanting special features makes sence, but putting the words "Demo Mode" on the face being displayed for someone that just wants basic features has just killed it for me. I appreciate your effort in the making, but unless something changes I'll be moving on. There are plenty of other options.

Uninstalling. Used to love this watch face, but had to reset my watch and now it says I have to pay to get all my settings back! I was actually consider donating, but screw it, this person's not getting a dime of my money now.

Nice watch face, but buggy : battery consumtion is very high (as a maximum, 5-6 days of autonomy, instead of 10)

Pls. use contact developer link and give more details about bugs you are facing and which watch model. Not enough info here to fix anything. Total battery consumption is around 4% per day with FR935 and 8% per day with fenix 3 HR (includes usage for everything)

Demo Mode just killed the watchface, so sad but its time to uninstall it.

This is my favorite watch face for mine Garmin Fenix 5X!! Love it!!

Me to !! Was one of my favourite watch faces until **DEMO MODE** Shame! If this is your job then IMO it needs to be even clearer that you need to donate to remove the message. With so many free watch faces I wont be donating at the moment - good whilst it lasted! From Demark